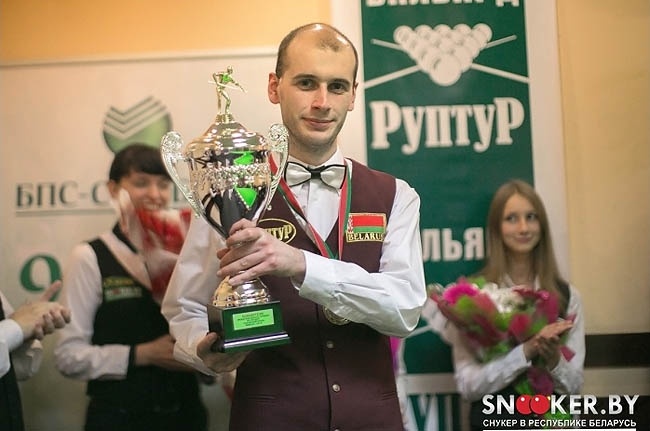 Belarusian Alexander Kostyukovets won the Minsk Open 2013, which ended on the 28th of July. In the final he beat compatriot Alexander Zhdanovich. Kostyukovets victory was not easy, despite the fact that in the main match of the tournament his opponent was always behind. 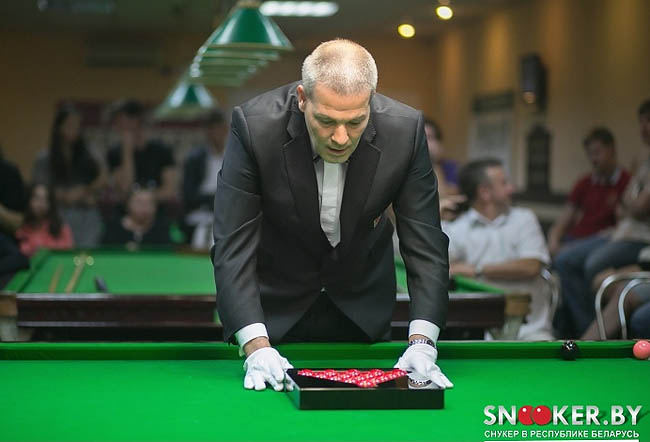 Kostyukovets was worn out by the semi-final, in which he played Sergey Melnichenok. Semi-final lasted a couple of hours and every single frame was decided on colours. Sergey won second frame on a re-spotted black to level the match at 1-1.  Kostyukovets led semi-final 2-1 and had a chance for victory in fourth frame when his opponent managed to get two snookers to force the decider. The fifth frame got very scrappy. Players had a very long safety battle on pink. Alexander ended the stalemate by potting a good long pink and got through to the final.

Kostyukovets opponent in the final also had a very hard semi-final. He beat the favourite for the tournament from Poland Grzegorz Bernadsky. It was quite an even semi-final. Grzegorz lost 3-2 despite making a break of 55, which was the highest break of the tournament.

“I’m very happy to beat such a good player as Grzegorz but I have to admit that none of us played at our best and I was lucky to have the run of the balls at the end of the match, “ – said Alexander Zhdanovich. 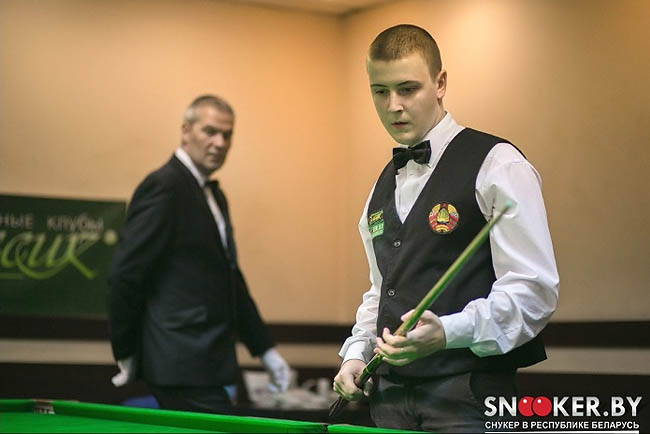 The final had a very special atmosphere because it was refereed by a world-renowned professional snooker referee Jan Verhaas. Jan Verhaas presence gave the final particular importance, even audience was as quiet as possible.

In the final Alexander Kostyukovets carried on playing in attacking style as in his previous matches. As a result he took a lead 1-0. In one of the frames Alexander made everyone in the audience smile by asking them if they knew how to say clean the cue ball in English. Jan Verhaas already understood him and quickly cleaned the white. This seemed to help Kostyukovets and he won the third frame to lead 2-1.

We have to admit that players never questioned referee when he had to replace balls after a foul-and-miss situation.  Both of them trusted Jan Verhaas life-time refereeing experience.

Alexander Kostyukovets, the current winner of the Belarus Championship, sealed victory in the fourth frame and became a winner of the Minsk Open 2013. 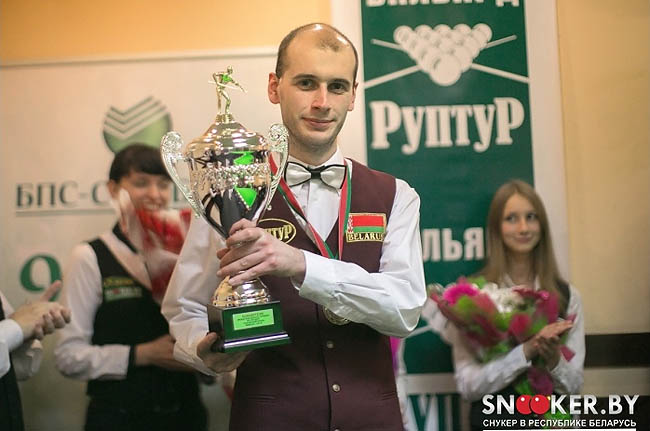 “It’s  a very hard victory, I felt tired, it was very hot, and moreover almost all my matches finished in deciders so by the end of the final it was very difficult to concentrate. I won due to strong desire. The most difficult match was semi-final against Melnichenok. Every frame was played to the very last ball. It was a very nervy game. I should have won earlier, when my opponent needed two snookers, – said Alexander Kostyukovets.

“It doesn’t matter who is refereeing. The only problem for me was the language barrier.

Runner-up of the Minsk Open Alexander Zhdanovich admitted that he’d been very fortunate to reach the final.

“I played bad throughout the whole tournament and kept winning because luck was on my side. I am disappointed with my game, especially in the final. I couldn’t put myself together and calmed down only by the end of the match. – said Alexander Zhdanovich. – The fact that I had more time to rest before the final than my opponent – it’s not better or worse, it can be in your favour but it also can be not. I do not understand why I get so nervous sometimes. I need to learn how to cope with pressure.” – added Zhdanovich.

Head referee Jan Verhaas also shared his impressions of the tournament and refereeing the final. 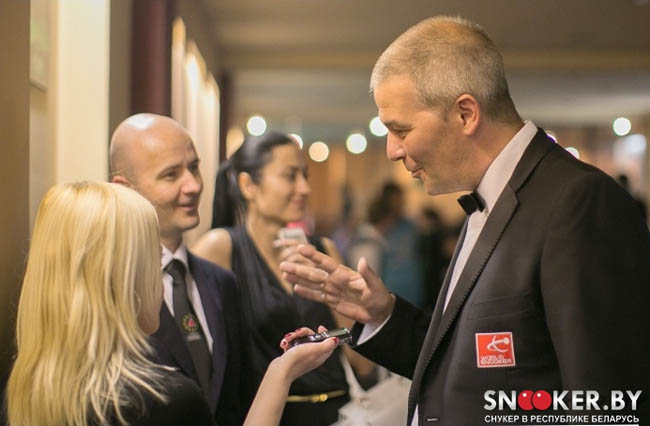 “For me it doesn’t matter if it’s a match here or at the Crucible. Obviously matches are shorter here, but my concentration level should be the same. The only difficulty for me was the players’ names, they are harder to pronounce, – said Jan Verhaas. – I see potential in Belarusian referees. To be honest, I think that all of your referees, who I saw during the first day of the tournament, know how to choose a good position during a match without being on the way of players. They also have a good level of concentration, which is very important. Of course, I do not know how well they know the Rules, because I did not see what decisions they take in difficult situations. Overall, impression of the referees work is very positive.” – added Verhaas.

When asked about how he realized the player asked him to clean the cue ball, Jan Verhaas said:  “In fact, I speak Russian, you just do not know about it. However, the famous referee confessed he just guessed and it was a fluke.

Broadcast of the final match ->>