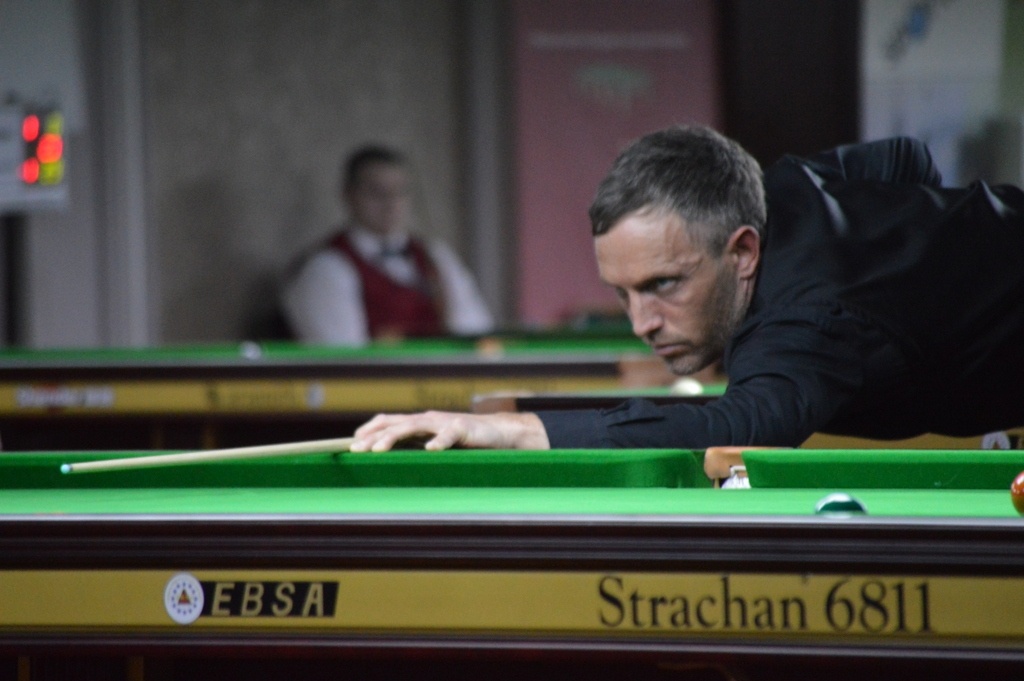 There was a huge match this morning in Group D as Kristján Helgason and Duane Jones faced off. It was the Icelander who came out on top though despite falling behind early on 2-1.
An 84 break in the fourth frame leveled the proceedings and he then won a tight black ball frame to go 3-2 ahead before closing it out 55-31 to top the group with five wins from five.
Poland’s Krzysztof Wróbel finished in second place as he had no problems seeing off Bulgaria’s Cvetan Pavlov 4-0 and Jones then finished 3rd.
The 4th place in what was one of the toughest groups in the event went to Pavlov while in the final match of the group Yilmaz Yildrim from Turkey finished his tournament with his first win against Serbia’s Igor Stefanovic 4-0.
With the likes of Duane Jones floating around in the draw as a number three seed the draw will be very interesting tonight.