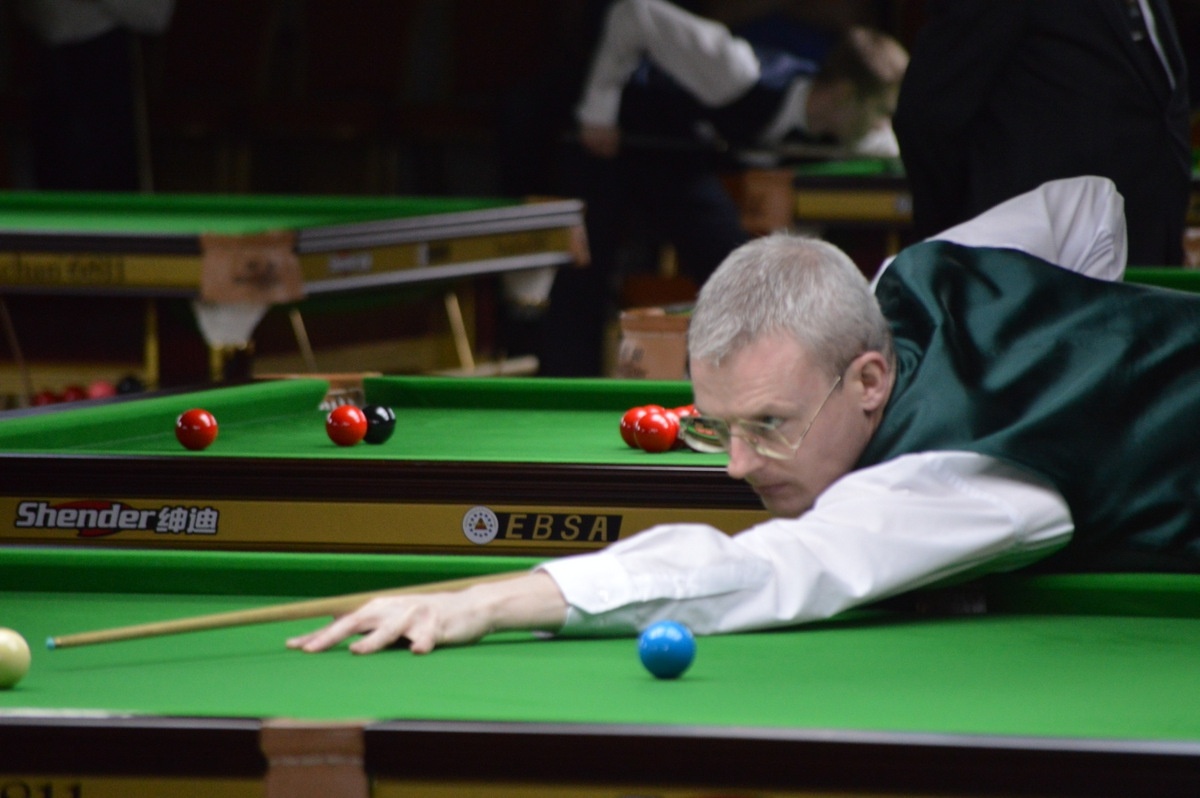 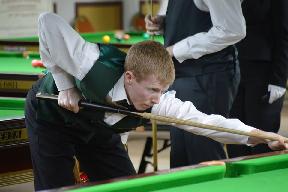 Ireland’s Rodney Goggins and Jason Devaney produced a masterclass of snooker today to whitewash Germany 4-0 and put themselves into the quarter finals tonight.
Devaney opened up with a 95 in the first frame against Thomas Brünner which was quickly followed by a superb 100 break from Goggins against Andre Jung.
The doubles match followed and they were unlucky to break down on 76 and Goggins was unlucky to go in off a red on 67 in the final frame to take the 4-0 victory in which they only left the German’s score 15 points.