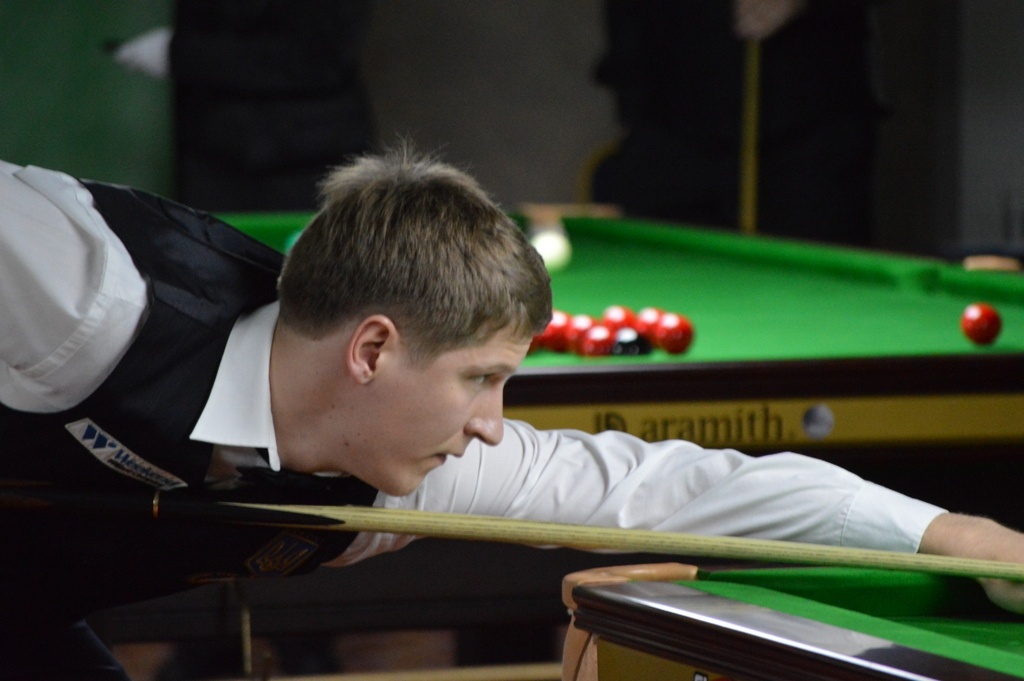 Ukraine’s Sergiy Isayenko topped Group M in the mens section after he defeated Romania’s Craciun Sorin 4-1 today to finish joint level on four wins a piece with both England’s Callum Downing and Poland’s Kacper Filipiak.
Downing and Filipiak had also been in action and it was Downing that prevailed by four frames to two. Thus with Downing and Isayenko tied with a frame difference of 10 frames it went to the head to head result and the Ukrainian had beaten the Englishman earlier in the week and thus tops the table with Downing 2nd.
Filipiak then finishes 3rd and 4th will go to Felix Frede who is currently still playing but cant lose the qualifying spot.