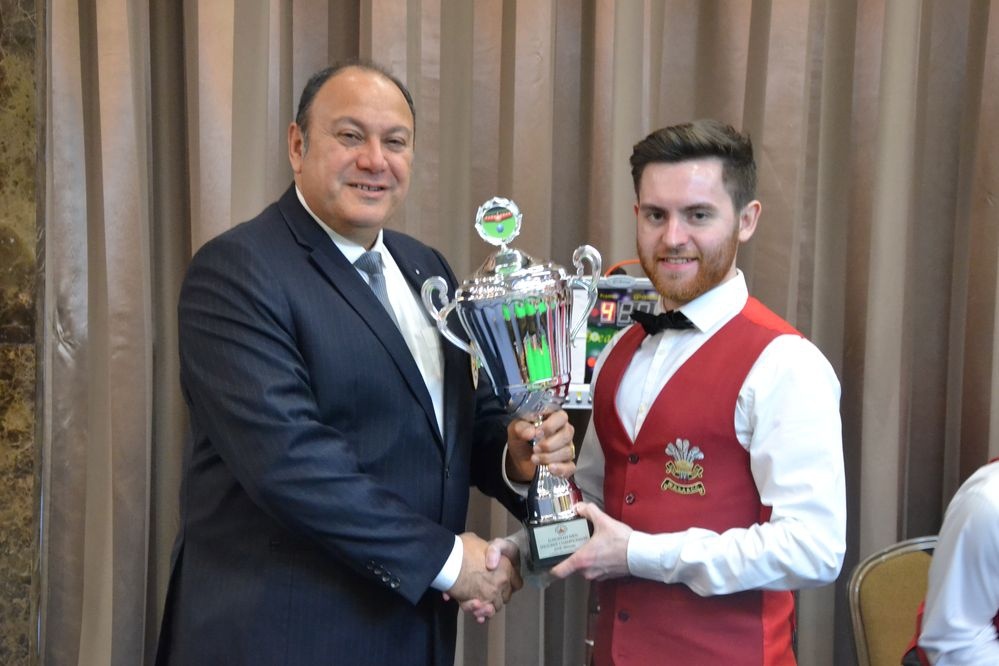 Welshman Jak Jones became the new European Champion this Saturday night. He beat his fellow countryman and 2015 runner-up Jamie Clarke by 7 frames to 4 in the Grand Final of the 2016 EBSA Men European Snooker Championships at the Haston City Hotel at Wroclaw.

The 22 years old player and former pro until last August got the 3300 euros prize plus the ticket to play on the main tour again for the next two seasons.

Irish player Michael Judge made the highest break break of the event with a run of 133 points and got his trophy too.