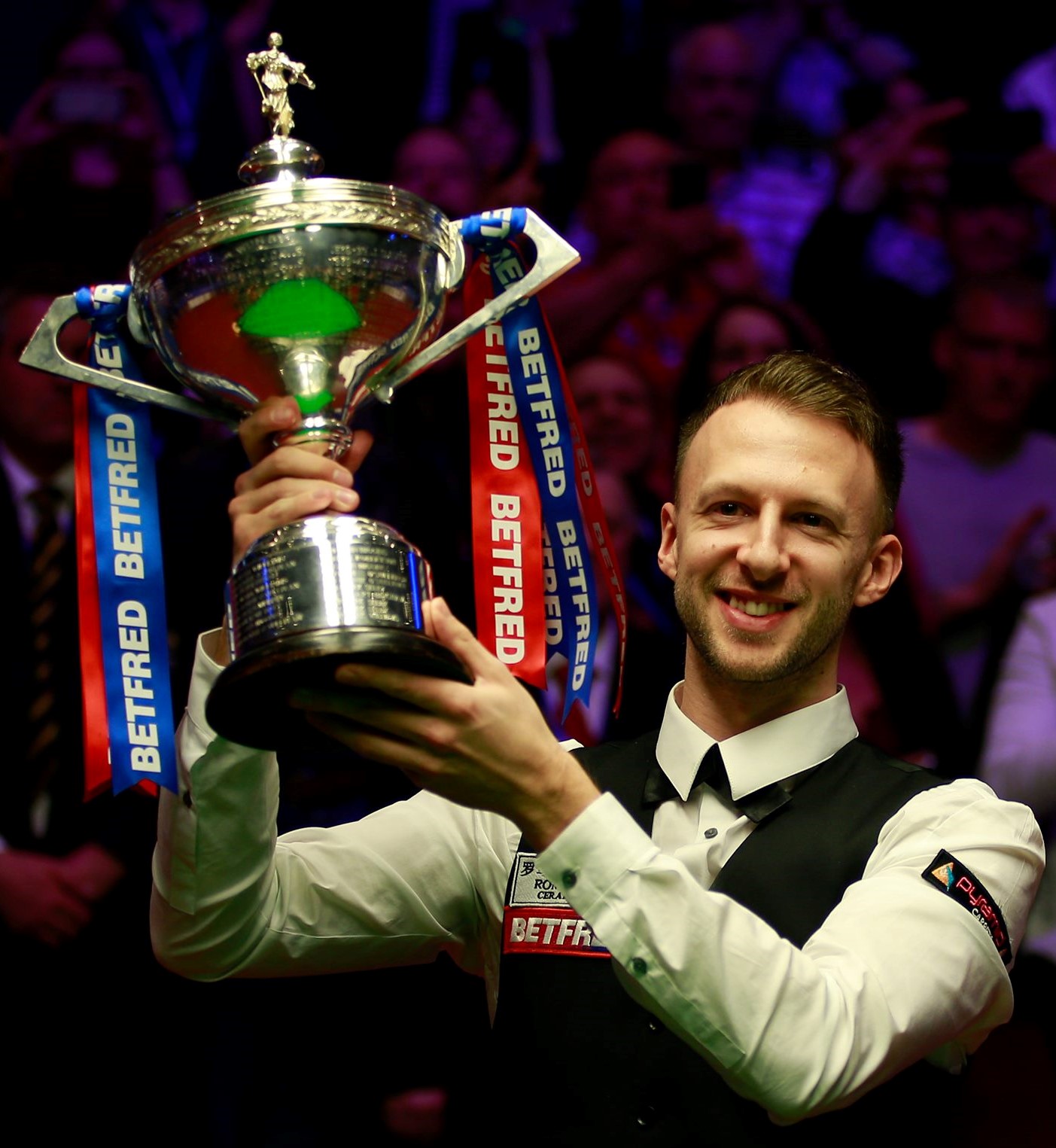 A fantastic performance from Judd Trump – He took his first world title by beating John Higgins 18/9 to win the final.

In a classic contest, the two players shared a record of 11 centuries and brought up the 100th ton of the tournament.

This has been by far the best season of Judd Trump’s career, winning three ranking titles, and he becomes the first player since Mark Williams in 2003 to claim the double of World Championship and Masters in the same campaign.

This final had really been won the night before, of course. Level at 4-4 heading into Sunday evening, Judd Trump produced a devastating spell, taking eight of the nine frames, most of them in one visit, with an array of powerful long pots and even some showboating, at one point playing the black with the cue behind his back. It was enthralling for those lucky enough to be in the Crucible – including his opponent.

John Higgins said: “It was just amazing to watch,” – “He just blew me away, pure and simple. It just shows you how talented he is. His action is not textbook, but he’s so talented he can play like that. He was just brilliant to watch. I don’t think there’s ever been anybody quite like him.

When I congratulated Judd he said: I remember my participation in the European U19 Snooker championship held in 2001 in Bad Wildungen (Germany) – Judd was 12 years Old and lost to Mark Joyce 5/2 in the semi-final. Other pro players were also playing in that event:
https://de.wikipedia.org/wiki/EBSA_U19-Snookereuropameisterschaft_2001