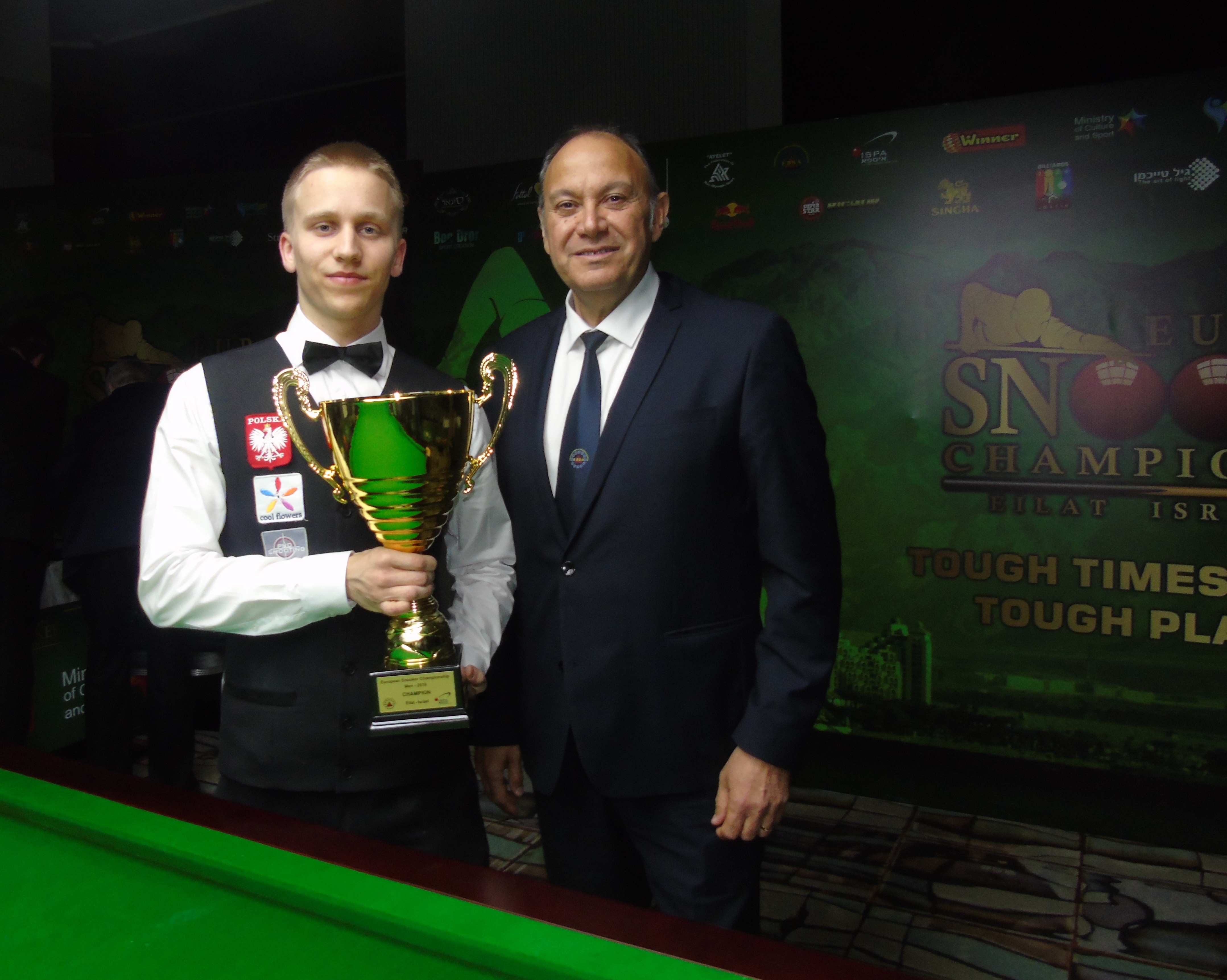 Poland’s Kacper Filipiak will be nominated by the EBSA to play in the Main Tour following his victory in today’s European Championship Final where he defeated England’s David Lilley in a very exciting and tense final where eventually Filipiak cleared the remaining balls in a 5-4 win.
A delighted Filipiak will now make his way back into the top shelf of World Snooker for the second time since his European U21 victory in Malta in 2011.