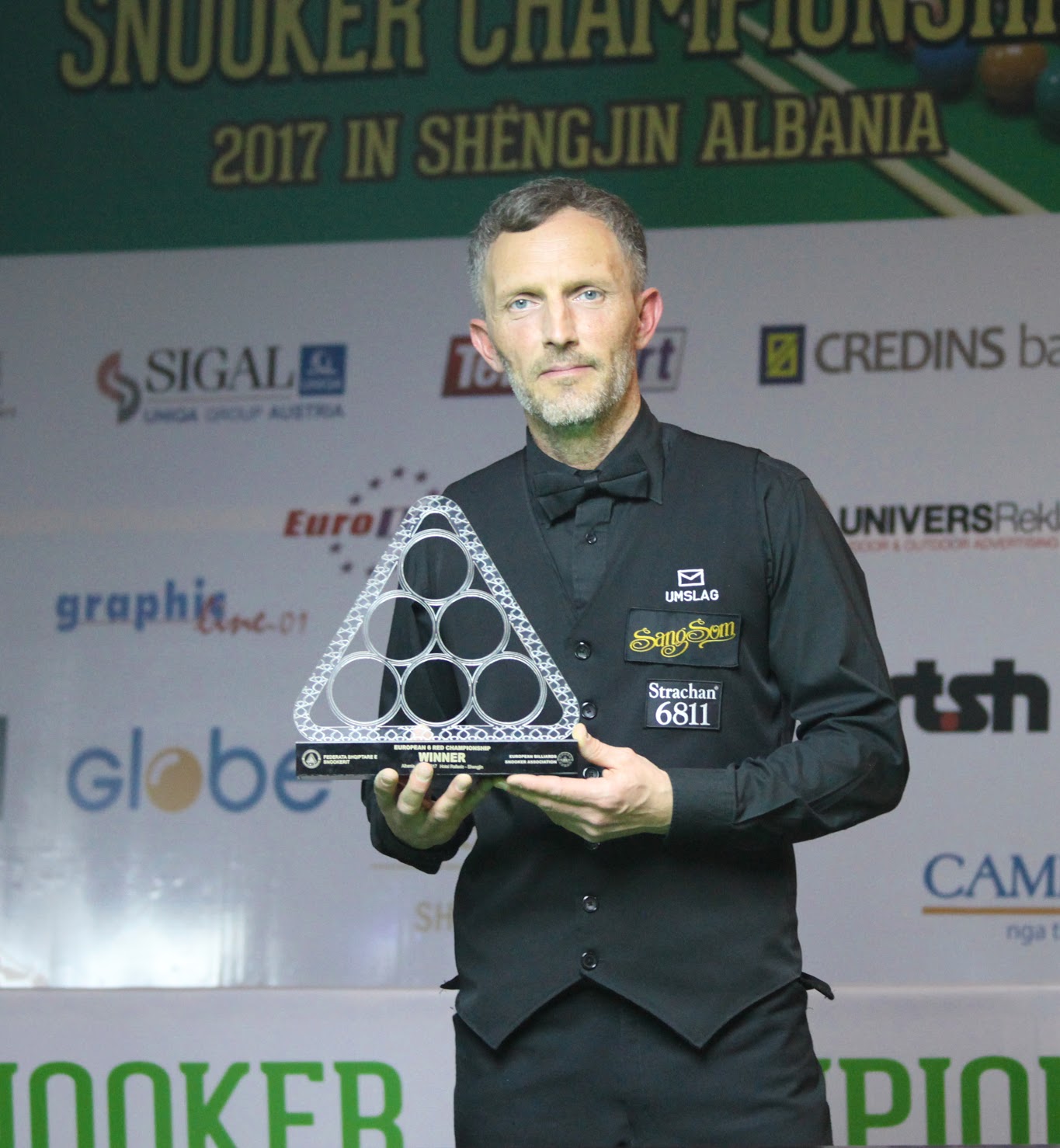 Kristjan Helgason – the man from Iceland keeps his cool to become champion.

Kristjan was first to score in the sixth frame but only managed to score 13 points before Wayne countered with 15 to make the frame evenly balanced. Wayne potted the last red and missed a colour but was soon back in to take the first two colours.  After some safety play Wayne took brown to pink to reduce his arrears.

Wayne was first to score in the next frame making 22 before breaking down and letting Kristjan back in. Kristjan potted the last red and colours to the brown to put himself 3 points behind Wayne. Then after some safety play the man from Iceland kept his cool to pot blue and pink to take the title.