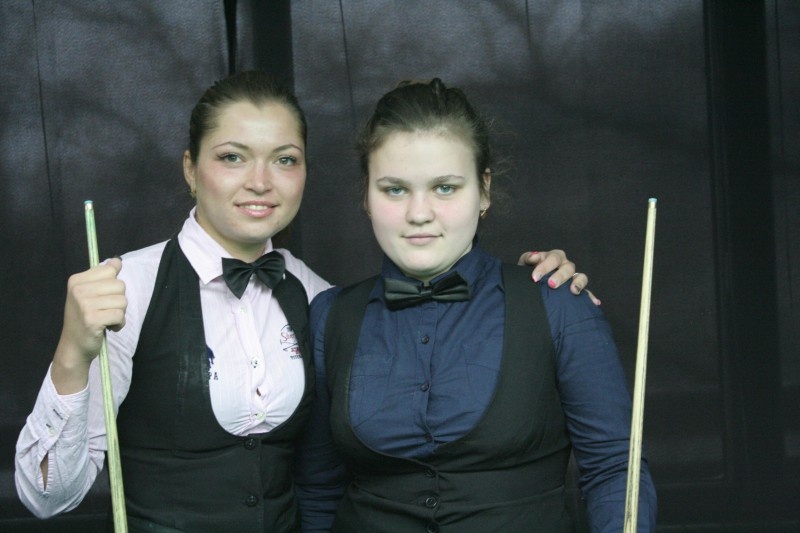 Last years runners up Russia 2 played a draw with Belarus with Irina Gorbataya of Russia defeating Nastya Toumilovitch of Belarus 3-0.

On the other table 14 year old Yana Shut of Belarus who played in the U-21s the previous week defeated 15 year old Olga Ustinova by the same score-line to tie the match at 3-3.

With the match being tied a 1 frame decider had to be played.Russia selected Irina and Belarus selected Yana. Yana won the frame comfortably with a 58-17 score line to progress to the semi-finals tomorrow where they will play regaining champions Russia1.