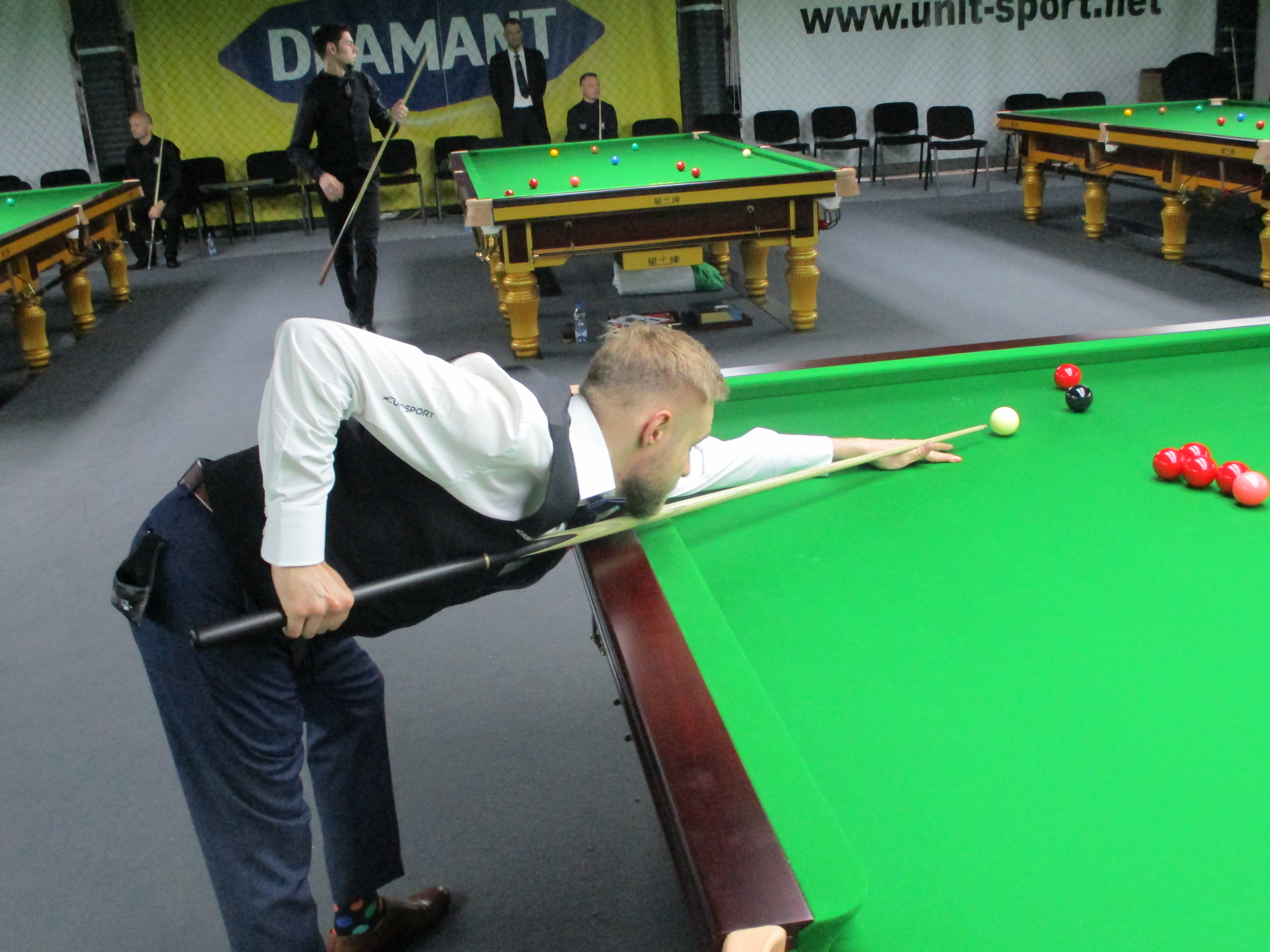 Its been a very exciting tournament so far with a lot of the Group Staged matches going to form.

Number one seed and defending champion Shachar Ruberg is now in action against Bulscú Révész from Hungary.

Play in the ‘6 Reds’ continues through until the quarter final stages and then the last eight players will be seeded in the International Open which will be drawn live of the Official EBSA Facebook page along with the other tournaments tonight.