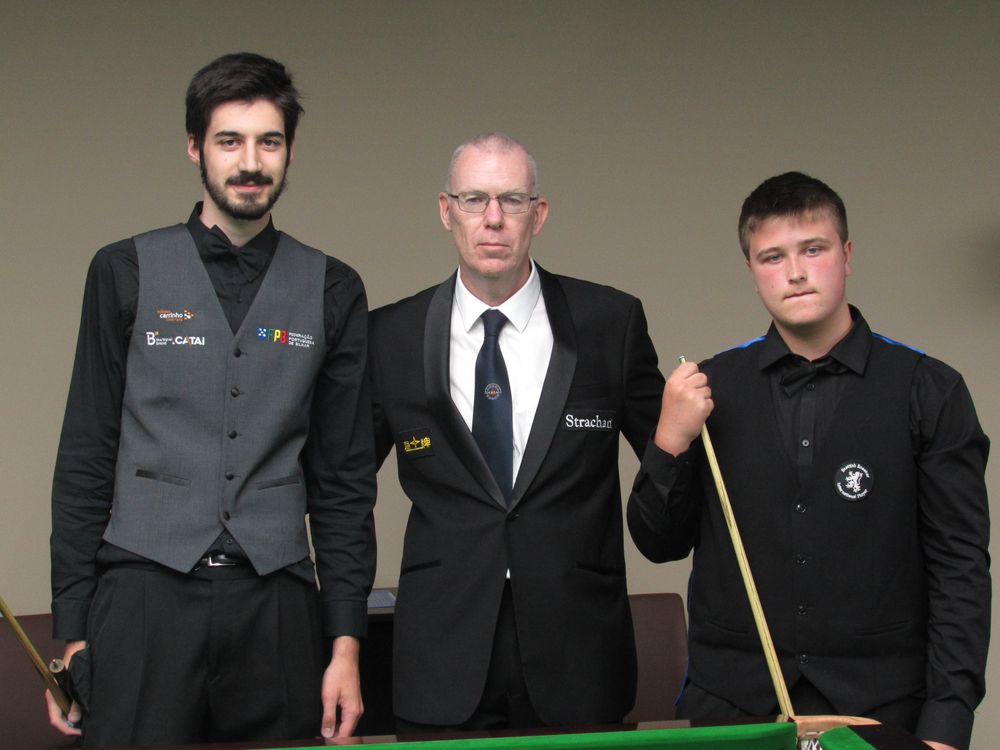 In the October 5th, holiday in Portugal to celebrate Republic’s implementation in 1910, Guilherme Lemos beat Scottish Steven Wardropper by 3 frames to 2 and got the ticket for Last 48 round.

Lemos joy did not las more than two hours, as he lost his Last 48 match to Hungarian Erik Nagy 0-4 in the evening session, but still proudly raised Portugal’s flag as the second player ever after Pedro France (but this one on a Men/Mixed Event) to get to the knockout stages in a EBSA European Snooker Championship.

«I did not even had the time to feel it’s flavour and how it tastes but it feels good. I’ve started playing only when I was 14 and will follow my passion playing the Men/Mixed event» told us an humble Guilherme still aiming for more, after the U21 event, at this 2021 EBSA European Snooker Championships.