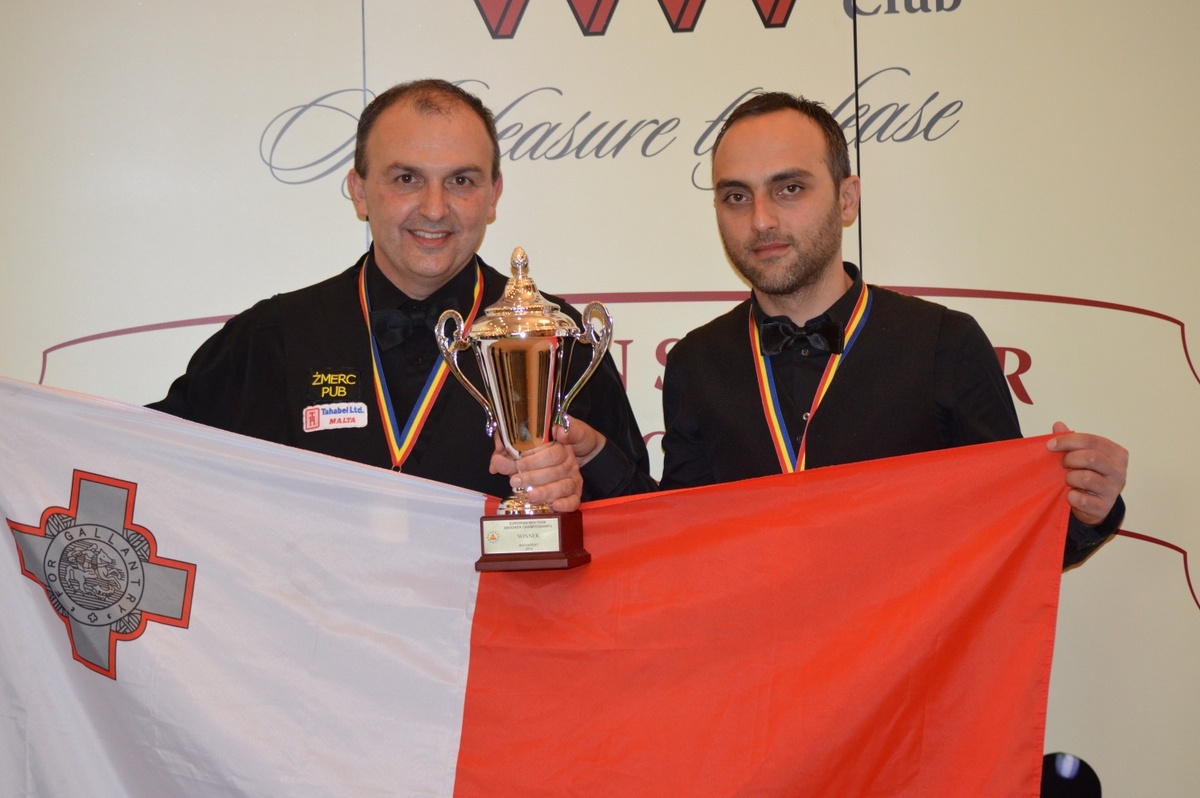 The Maltese team of Alex Borg and Duncan Bezzina were crowned the 2014 European Mens Team Champions here in Bucharest tonight after they beat England’s Nick Jennings and Calum Downing 4-2 in the final. 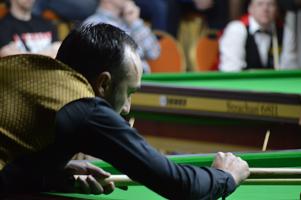 Malta had been in mixed for during the early part of this tournament with two losses in the group stages to Bulgaria and Germany in early matches but still qualified in second place behind the Welsh second team after they beat Wales 3-2.

Both players were however scoring heavy in the early matches so when it came to the business end of the tournament they saw off Romania 4 in the Last 24 stage before winning a superb 4-3 match against Wales 1 of Lee Walker and Rhydian Richards to reach the quarters. 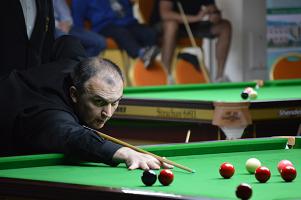 A quarter final win over on the on form Irish team of Goggins and Devaney set up a semi final clash with Poland who they beat 4-2 to reach todays final.

The final itself could not have started any better for them as Bezzina beat Jennings well in the first frame and Borg had breaks of 62 and 52 to give them a 2-0 lead.

Jennings and Downing took the Scotch Doubles frame (View) to get them back into the match and Downing then leveled the scores beating Bezzina 60-40 in the next.

Borg however won the next frame with a great 42 on the black (View Video) and the last doubles frame was Malta all the way as they closed it out for a 4-2 victory and claim the title.