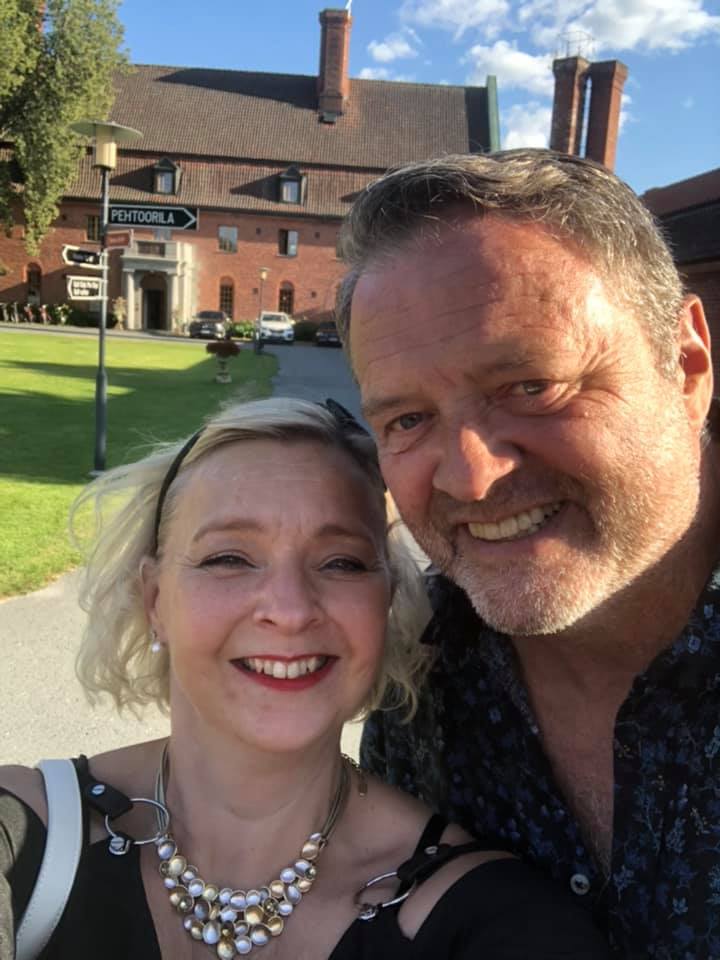 Think twice if you consider yourself the biggest snooker fan in the world. What Icelandic Tryggvi Erlingsson, aged 58, and Finland’s Satu Isolehto, aged 57 have done, challenges enyone’s imagination: two of the referees at this Albufeira’s EBSA Snooker European Championships got married this 2021 at the 14th of July. All planned for… a 147.

An old player and referee since 1989, Trygvii and Satu met one another at the January 2018 Nordic Championship, in Oulu (Finland). «I was playing and it was love at first sight. She refereed my match and I lost, naturally, because I was more focused on her than the balls and the final score», admits the Icelandic.

With a revelation more. «We even married at home near my snooker table. Obviously the cake had a cue ball’s format. And the priest was also a Class 2 referee, Juhani Koskelin», says Trygvvy. «We owe it all to snooker, it will only be fair it will be this way. What, you never thought priests would love snooker too, right?»

Indeed. But if you think you’ve seen it all, well, the best is added by Satu. «The cocktails for the guests had their sticks topped with cherry tomatoes, reminding the reds. And all of them, at the table, were gathered as a triangle».

It could only be that way. «I was this close of not going to that Nordic Championship, but a friend of mine come to me with the ticket for the trip and and said ‘no excuses’», adds Tryggvi.

But the unreal episodes of this novel get better as it goes. And both laugh loud remembering them.

If it as almost a miracle for Mr. Erlingsson to attend that decisive Nordic Championship and meet the love of his life, bizarre is the word to resume how come Satu got there.

«I was watching snooker at EuroSport and heard a commentator saying that inscriptions to become a snooker referee attending a course were open and that it will be two months from there. Before that, I’ve never entered a club in my life. And that Nordic Championship was the first event I’ve refereed», says a happy wife.

Living together since 2017 and engaged for two years, the two snooker referees only last summer got married. It took a while, almost two years since the engagement, in 2019 New Years Eve in Bangkok (Thailand).

«Because of Covid-19. We did it now, in 2021, because my father is 80 and deserved to see his daughter married. A nd add to that that confined at home… we had nothing had to do, it was getting boring, yes».

Last but not least, if you bump on Satu Isolehto at the Vidamar Hotel Resort Algarve during this 2021 EBSA Snooker European Championships, please look down to her feet. She proves snooker can be fashion too, with a pair of €200 shoes from Helsinki stylist Minna Parikka who’s heals are… red balls.