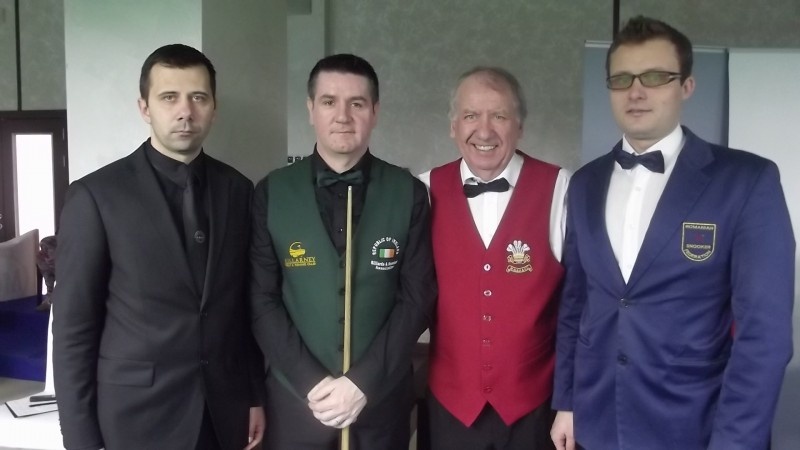 The Irish A team were the first team through to the final after defeating defending champions Wales 5-1. Anthony Bonnar of Ireland was leading 2-0 but Ian Sargeant of Wales fought back to take the 3rd frame with a break of 44.

Anthony responded in the 4th frame with a 41 break to leave Ireland only needing 2 frames in the other match for a place in the final. Mark Tuite of Ireland duly obliged with winning the 1st and 3rd frames against John Terry to take Ireland into the final.

In the 2nd semi-final Ireland B played Belgium and were hoping to emulate their fellow countrymen by making it an all Ireland European final. After six frames the Belgians were in command leading 4-2 but both the Irish men dug deep and won their 4th frames to level at 4-4.

The atmosphere in the arena was electric has both Peter Bullen of Belgium and George O’ Hara of Ireland played the deciding frame where Peter was just too strong defeating George  80 points to 29 to win the match to 5-4 and progress into the final against Ireland A.