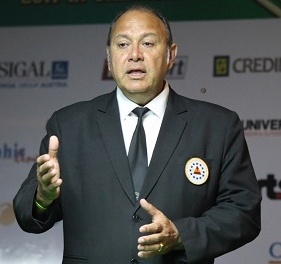 As part of the European Billiards & Snooker Association (EBSA) board of director duties, we are always doing our best to give the possibility to each of our member associations/federations to host a European Snooker Championship. The Israeli Snooker Association (ISPA) has been trying for many years to host a European event and finally with their hard works and the personal support of their new president Mr. Sharon Mizrahi and their ministry of Sport, they are now ready to host the European U18, U21 & Men’s Snooker championships in Eilat from the 17th February to the 2nd of March 2019.

Snooker in Israel has been improving and growing very fast in the last 12 years. I was very impressed to see the number of Snooker clubs in that country with also a big number of Snooker players members of the ISPA.
We could see the result of that development especially in the European Championships. Since 2007, Snooker players from Israel reached many final stages in the European Single and Team Snooker championships and finally in 2018, Shachar Ruberg was crowned European Champion of the 6 Reds Snooker event. A big thanks to the ISPA board for their hard work and commitment during those years and also a grateful thanks to the parents who are helping the junior players participate in national and international Snooker events.

I personally believe that Sport in General and Snooker in particular is a fantastic link to bring people together and create a kind of peace between different countries. That’s why with the support of the ISPA, we have worked together on the organisation of an invitational Snooker event called ‘Peace & Sport Snooker Open’ that will take place over 2 days (22nd & 23rd February 2019) at the same venue during the European Snooker championships. The idea is to bring players from the neighbour countries of Israel (Egypt, Jordan, Palestine, Lebanon, Syria and Emirates) together with top European Snooker players to participate in a Snooker event showing that Sports can break the barriers and bring peace just for a while hoping that people will use that example to move forward in a positive way in that very sensitive region of the middle east.
The event has been endorsed by the ‘Peace & Sport’ World Association based in Monaco, also by the World Professional Snooker Association (WPBSA) and by the local ministry of Sports in Israel. During the event, all players, guests and officials will be invited to hold a ‘White Card’ showing that we are all sharing a moment of peace.

On behalf of the EBSA board of directors and on behalf of myself, I would like to thank again the ISPA for hosting the European Snooker Championships in 2019 and especially congratulate them for purchasing brand new STAR tables to bring the highest technical level to the participant – those tables will be used in Israel after the event in their future EBSA/STAR Snooker Academy – I am sure they will make that event one to remember.

We’re looking forward to seeing you all in Eilat very soon.