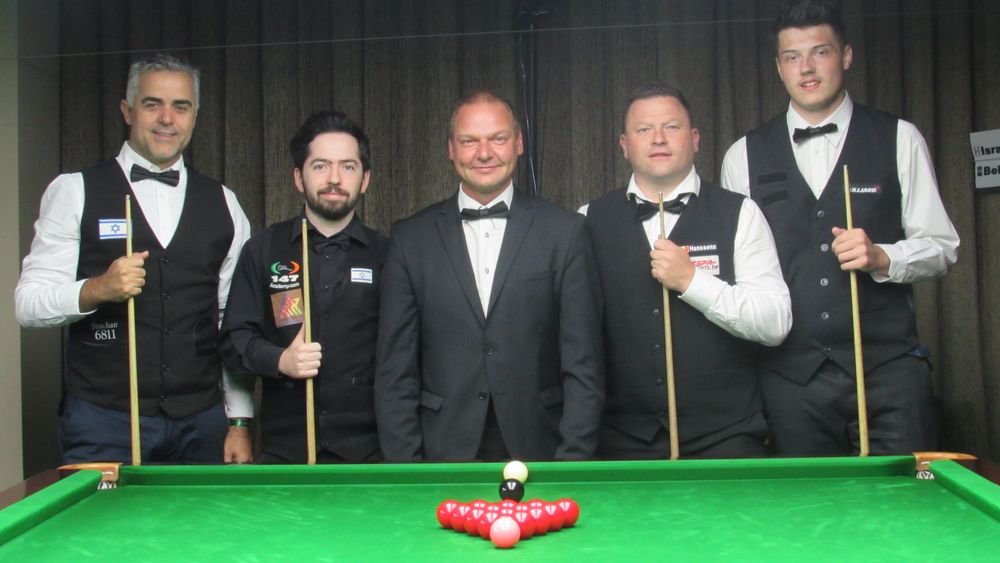 The Last 14 round matches of EBSA 2021 Euroean Snooker Championships Men Teams event are already on the run at Albufeira’s VidaMar Resort Hotel Algarve.

Belgium is facing Israel, France with Poland and Russia has to deal with home nation Portugal in some of the most exciting matches being played best of 7 frames this Saturday morning at the 10 a.m. session at Salgados.

The knockout stage of Seniors Teams event is also on the run with the nations battling in best of 7 matches in Last 16 round, while the Women Teams event knockout stage will also start once Sweden and Belgium conclude the last round-robin stage match.

The 3 last finals at VidaMar Hotel Resort Algarve are scheduled for Sunday morning at Salgados, after the semis at 10 a.m.