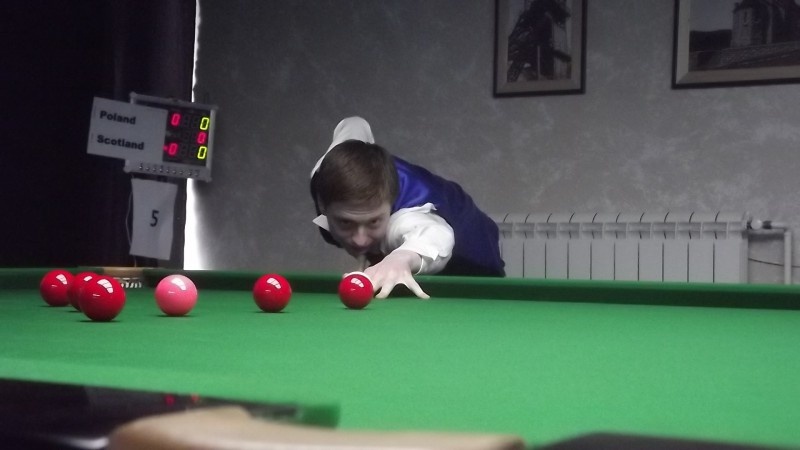 Scotland and Poland’s young guns met this morning for a place in the final of the Mens EBSA team championships. These two teams are the youngest teams in the event and both have played snooker fantastic snooker to reach this stage, giving the crowds attending some thrilling matches all week.

Scotland began well racing into 5-1 lead after the first six frames only for the Poles to respond taking the next four frames to level the match at 5-5. Frames seven and eight were shared and the match stood on cliff edge  enthralling the audience with some pure snooker. It was Scotland’s Joseph McLaren and Rhys Clark who then took the next two frames for Scotland to win the match 8-6 and put them into this afternoons final.

On tables 1, 2 and 3 two former European champions Ireland and Wales both played another thrilling match. David Johns of Wales played superb snooker to lead his team to an 8-5 victory which puts them into the final against Scotland’s Tartan army.