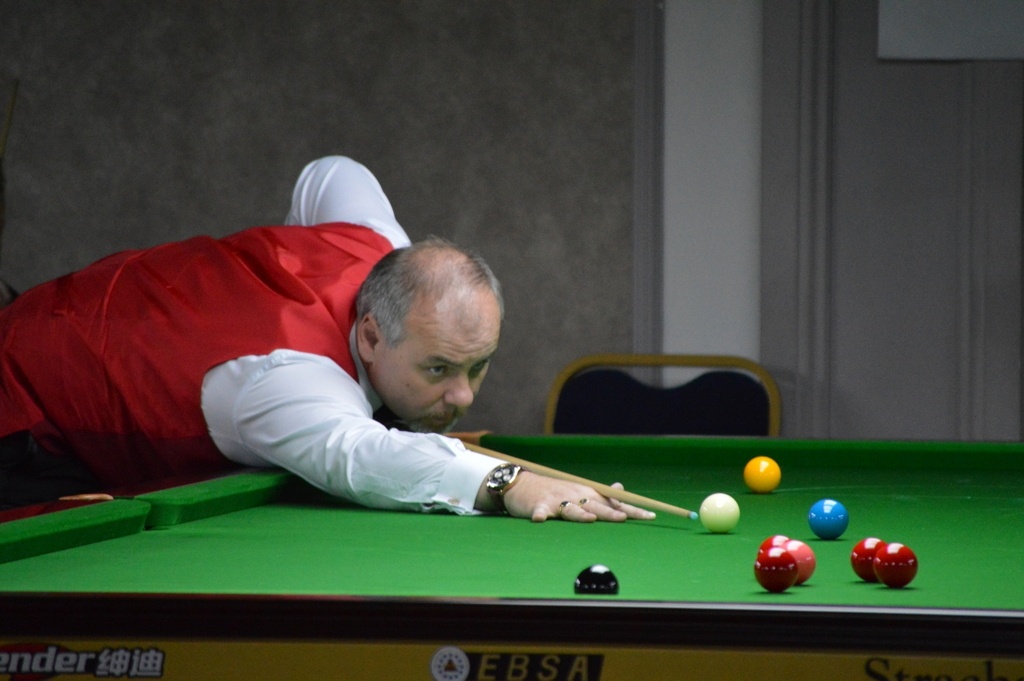 The 1pm session today saw Darren Morgan put on another masterclass of snooker as he rattled in breaks of 107, 40 and 70 in his 3-0 victory over Sinan Cetinkaya of Switzerland.
Ireland’s Mark Tuite was also in fine form as he beat Serbia’s Alexandar Kuzmancevic 3-0 with breaks of 90 and 54 in the first couple of frames as he picked up his second win in Group F.
Also in Group F England’s Jamie Bodle knocked in breaks of 40, 44 and 65 as he saw off Mindaugas Maisiejus 3-0  and keep level with Tuite at the top of the group.
The 3rd match in this group this afternoon saw Finland’s Juha Lehto defeat Stepan Delyatynskyy from the Ukraine 3-0 to pick up his first win after losing his first match yesterday.