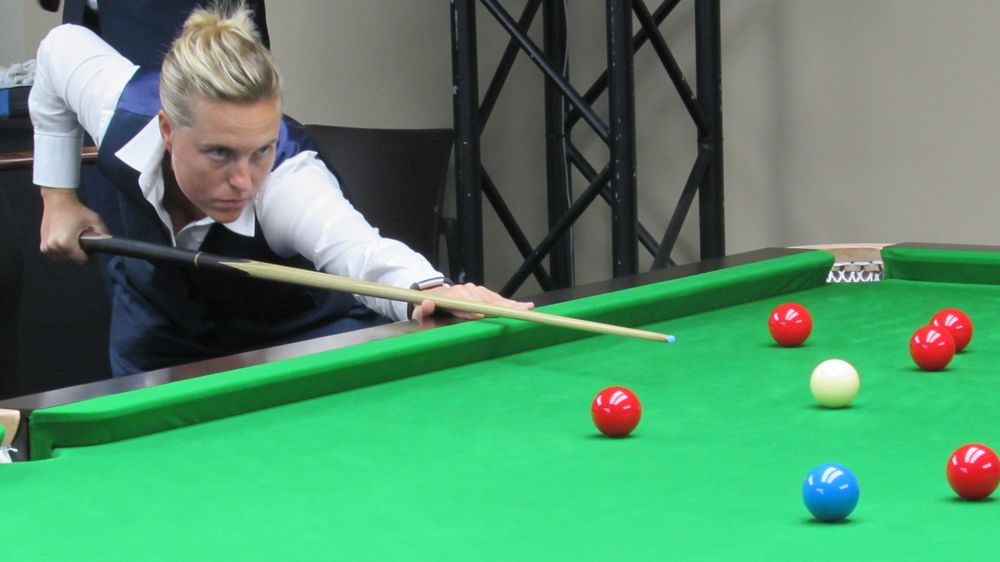 Welshman Darren Morgan and Ireland’s Frank Sarsfield are the two finalists of the 2021 EBSA European Snooker Championships Seniors event next Friday, while Belgian Wendy Jans and England’s Jamie Hunter will discuss also in October 15th which one gets the Women crown.

The Seniors final will start at 10 a.m. and, like Women’s one, will be played best of 7 frames.

Darren Morgan beat England’s Wayne Brown by 4 frames to 1 in this Thursday night semifinal while Frank Sarsfield prevailed facing another England player, David Brown, in the decider. The Seniors final will be refereed by Poland’s Kazimierz Olejniczak.

In the Women’s event, Wendy Jans defeated Poland’s Izabella Lacka by 4 frames to 1 in the first semifinal to be over, this Thursday night at Salgados. England’s Jamie Hunter prevailed in the semifinal 2, beating Russia’s Anastasia Nechaeva by the same score.

Friday’s final will be refereed by the Portuguese Miguel Santos. Along with the end of the Seniors and Women events, the Men Teams event proceeds to the knockout stages and the Seniors Team and Women Team events will start also on Friday.