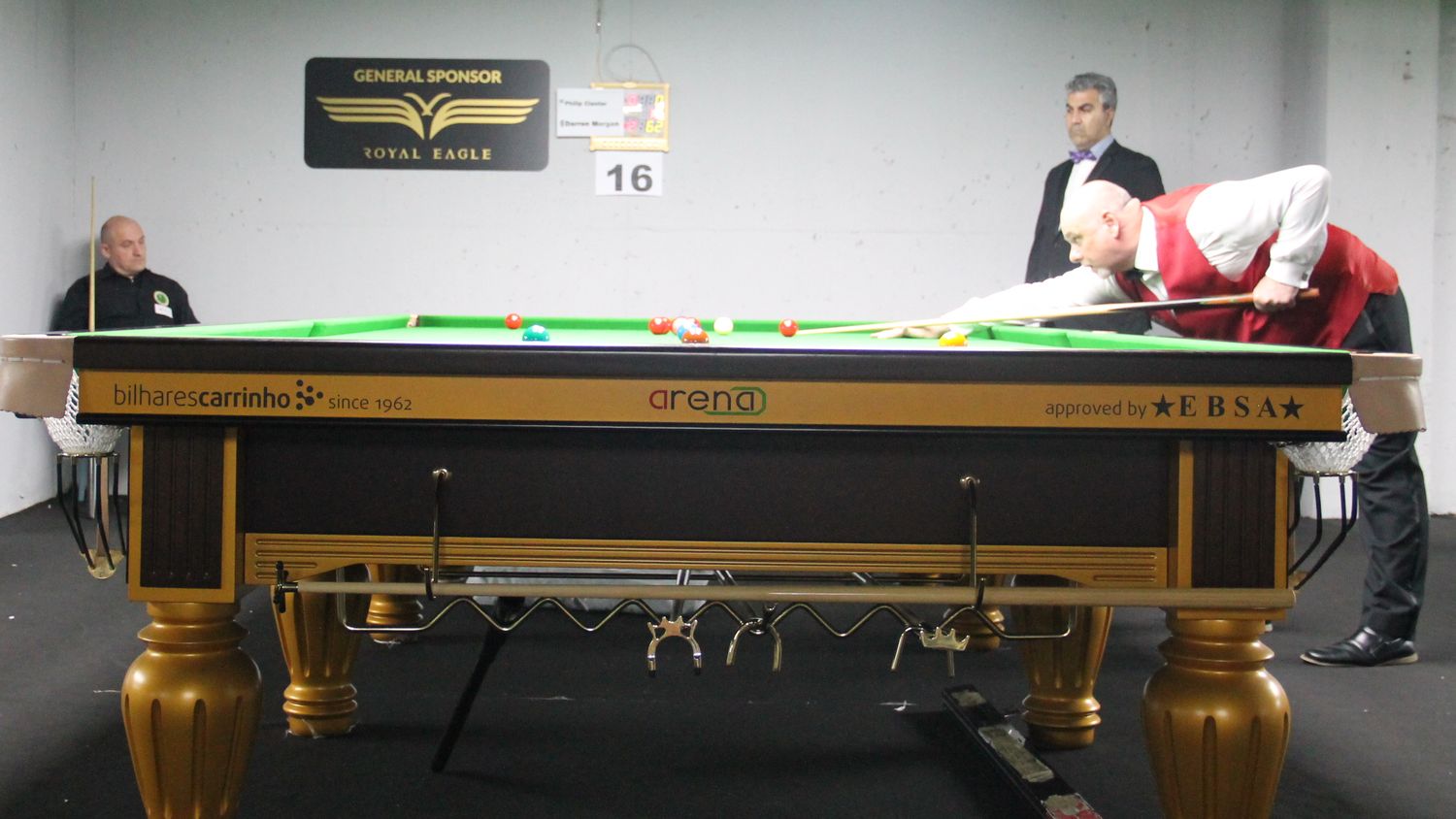 Applying for a 12th European Snooker Seniors Championship at his belt, Welshman Darren Morgan was fast and furious ending his best of 7 Frames quarterfinal match facing Malta’s Philip Ciantar and claimed victory by 4 Frames to 0 at Shengjin’s Delfin Resort.

The other three clashes of the Seniors event at the 2022 EBSA European Snooker Championships are still on the run this Monday night.

Darren Morgan already waits for the winner of the Mark Tui-Duncan Bezzina clash on Tuesday’s 10 p.m. session best of 7 Frames semifinal match of the Seniors event to be played in Table 3, while the winners of the other two duels – Williams/Bezzina and Brown/Tollenaere – face each other in the other semifinal.

The round-robin best of 5 Frames matches of the Men’s event are also live now and will continue until Wednesday at the Shengjin’s Delfin Resort the pack will be half for the knock-out stages, with only 60 of the current 120 competitors going through.

The competition is increasing at the 19 tables at the venue this Monday morning, the day of Men’s event kick-off. In the Men’s event Albania will see in action starting 1 p.m. local time 120 competitors from 40 countries around Europe, playing in 30 groups the best of 5 Frames round-robin matches and trying to end top 2 in this earlier stage of the competition, in order to go through to the first of the knock-out stages, the Last 60 round.