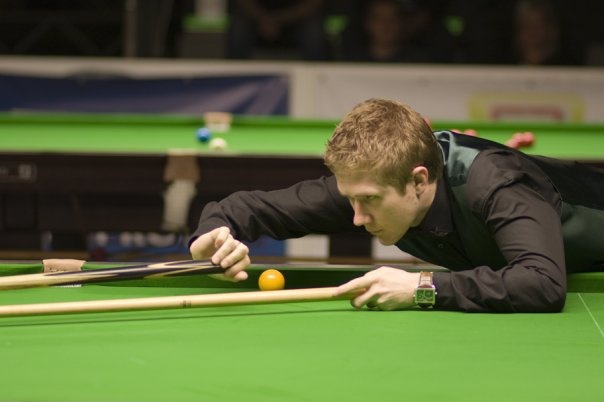 Ireland keeps surprising the big snooker family with brand new stars and potential champions. And in the 2015 European Snooker Championships that are taking place in Prague the last one to say present and that he’s here to win it is 32 years old Brendan O’Donoghue.

Brendan just said this Thursday that he’s here to win it, signing the highest break so far of this championships: 131 points, close to his best in competition (144) and even the 147 he already achieved in practice. The irish is the new leader to the prize of 200 euros for the best break in the 2015 European Snooker Championships.

But another seven already got their own centuries, with Kristján Helgason making it twice (127 and 118). Still in Men’s event, the polish Adam Stefanów (122, but his goal is to get as least another four centuries more in this championships), so as Antony Parsons (114), Greg Casey (111) and Michael Collumb (107) touched the stars.

In Masters even, welsh wizard, Darren Morgan (100) and English Jamie Bodle (108) already got the fair applause from the crowd by the entertaining show. But still more good snooker to come until June the 13th.