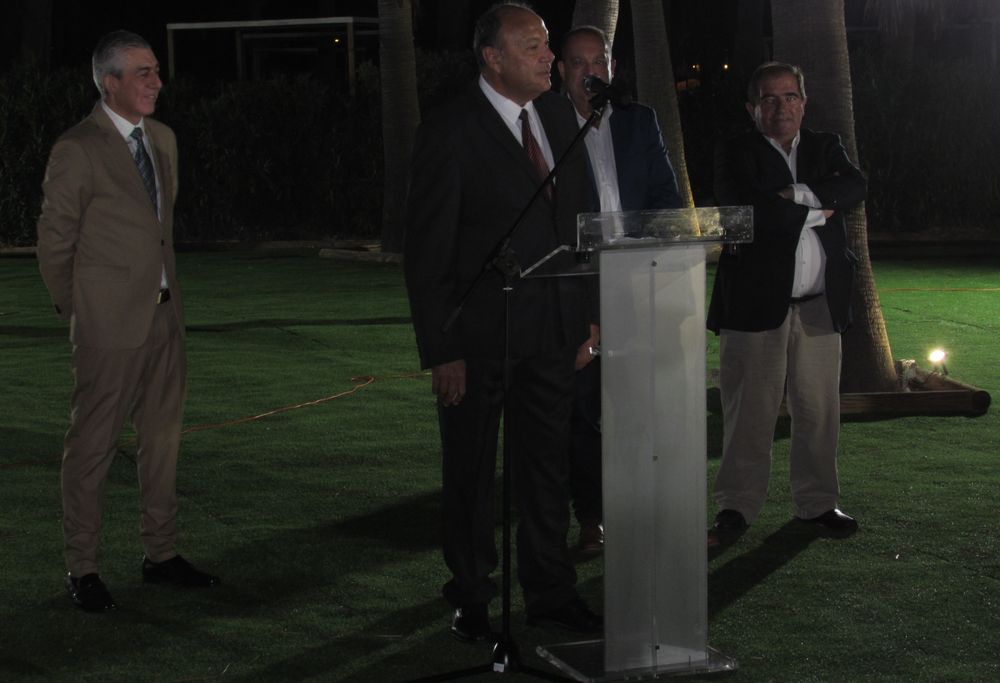 Albufeira’s mayor José Carlos Rolo welcome all to the city and invited everyone and single one of the players and visitors to comeback for holidays with their beloved ones too and how happy and proud all the Portuguese are to welcome competitors from 43 different countries.

Portuguese Institute of Youth and Sports Algarve’s delegate Custódio Morgado resumed all the good things the district offers to the ones who visit the extreme south of Portugal, famous by his paradise beaches as Salgado but also by the amazing weather, the typical food and, above all, the warmness of his own people.

Portuguese Billiards Federation President and assistant tournament director of the 2021 EBSA European Snooker Championships Ricardo Salgado thanked EBSA and everyone for all the help building up the event were besides three new European kings were already crowned, six more are still to come until October 17th.

But it was EBSA president and Tournament Director Maxime Cassis who announced the big news: more than 500 players with inscriptions for the nine events of the 2021 European Snooker Championships.

«I’ve been around doing this for 35 years and I can’t recall so many inscriptions. That makes me really happy and gives me lots of joy», said Maxime Cassis, remembering the confused times of Covid-19 at the 2020’s edition.

«The welcome we have had in Albufeira in 2020 was so good from everybody that I phoned Ricardo Salgado challenging him to organize not four but a full nine events European Snooker Championships. He said yes, and here we are. I wanna thank all, organizing committee, staff, referes, to the hotel by the perfect conditions for this to be a success», said EBSA president.

WPBSA’s Chairman Jason Ferguson attended the Official Ceremony and congratulated the main officials for the success of the event. Maxime Cassis thanked WPBSA for all the help given to the organization of the event, and with a particular word for the table fitters, Pascal Meubis and Inge Vermeulen, while all the guest enjoyed a drink watching the sunset and recovering forces for the competition and hundreds of matches still to be played at the 16 tables until October 17th.