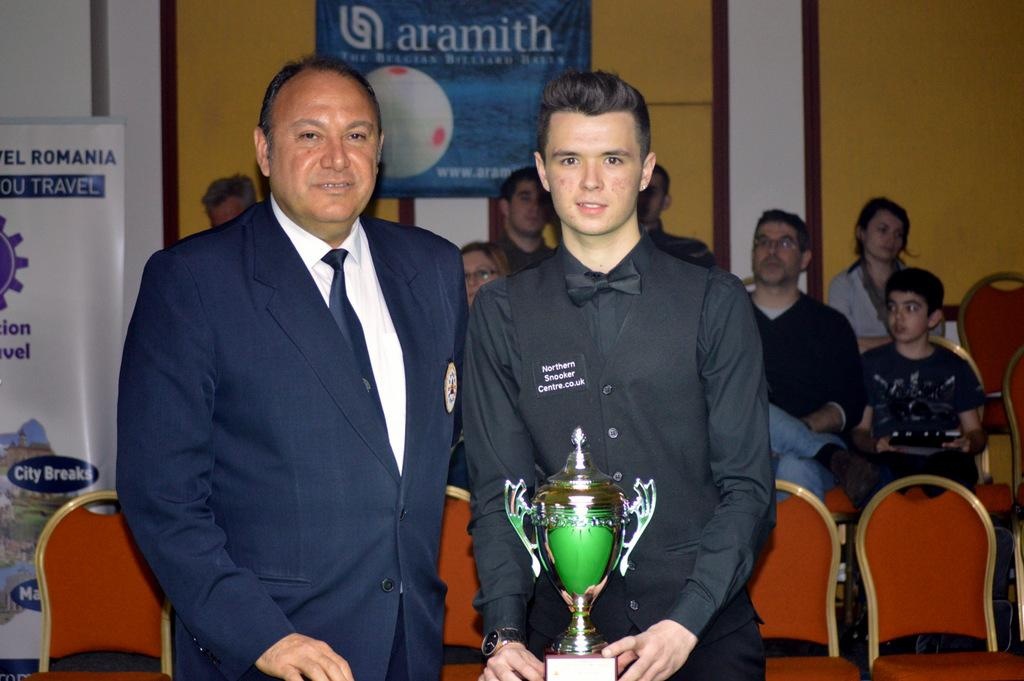 Oliver lines was crowned the 2014 European Champion this afternoon in Bucharest, Romania after a superb 6-1 victory over Ireland’s Josh Boileau. Lines had been one of the stand out players all week producing some great snooker on his way to the final and he did not disappoint again today as he brushed aside the challenge of the young Irishman. 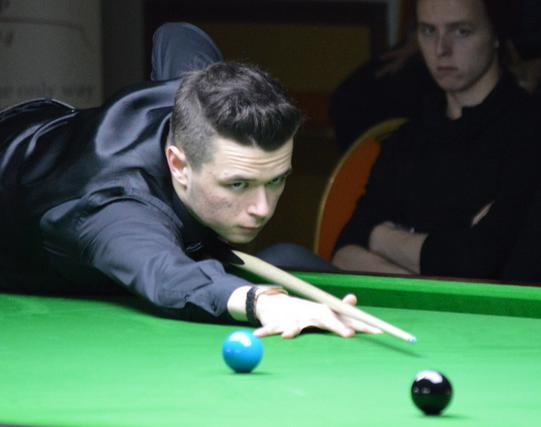 We had a tense opening frame here with both players obviously feeling the nerves. Both players missed a few golden opportunity’s to take first blood but it was eventually Oliver Lines who potted a great long pink to land perfect on the black and put it away with ease.
Boileau leveled the scores winning a scrappy second frame before Lines upped the ante with a superb 101 break and followed that up with a great 73 to take a 3-1 lead going into the interval.
A 38 break in the next was good enough to extend his lead further and at 59-16 behind in the following frame he battles back to take the frame from Boileau on the black.
The final frame was scrappy and Lines held his nerve to see out the frame and match comfortably 65-8.
Lines was then crowned champion at the closing ceremony and will now be nominated by EBSA for the main tour spot next season where he will join his father Peter on the World Snooker Tour. 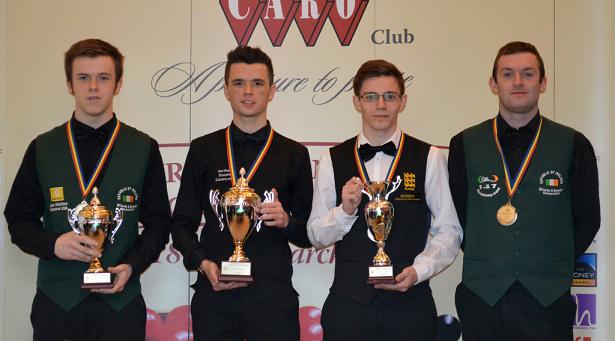 The event ran smoothly all week and the Romanian officials announced that they are looking to hold the IBSF World Under-21’s next year after a meeting with IBSF President Jim Leacy earlier today.