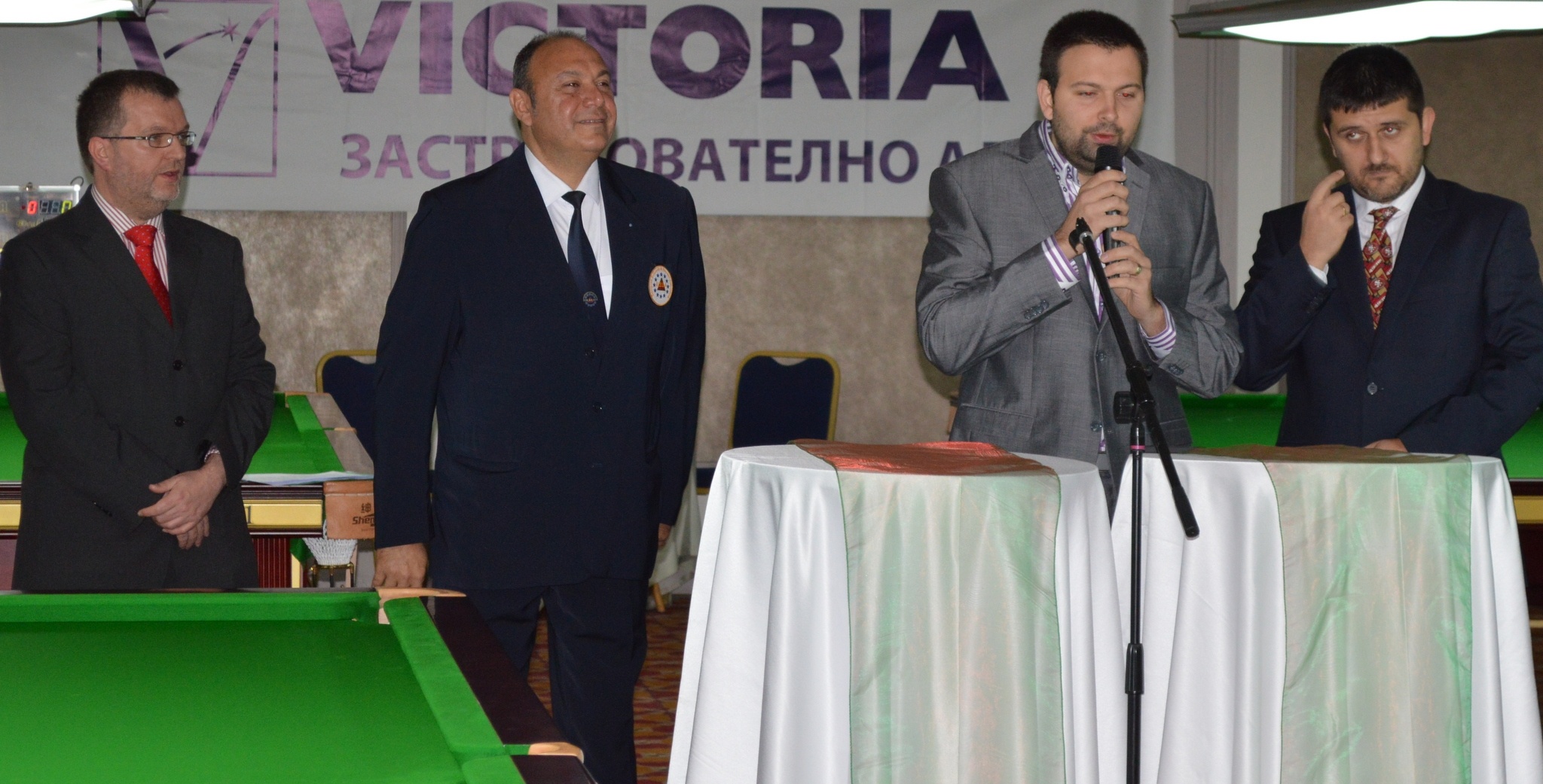 The 2014 European Snooker Championships were officially opened here this morning in Sofia as the BSF and EBSA officials welcomed everyone to Sofia and the Ramada Sofia Hotel for what should be a superb tournament over the next 12 days.

All the players gathered in the venue for the ceremony where they were welcomed by representatives from the Ramada Sofia Hotel and BSF Chairman Oleg Velinov who thanked everyone responsible for helping bring the championships to Sofia including the main sponsors Victoria Insurance Company and Ramada. 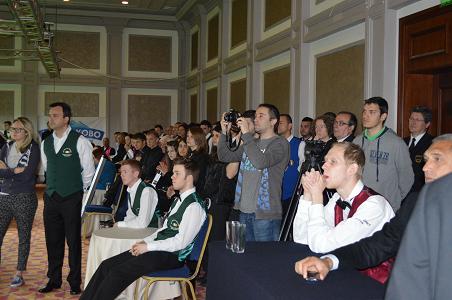 EBSA Chairman Maxime Cassis then thanked the BSF for their work in making this event happen after Ukraine had to withdraw and asked everyone to stand for a minute silence for all that have lost their lives in Ukraine due to the current conflict.

EBSA Secretary Simon Smith then addressed the players outlining the tournament rules and schedule and then introduced the tournament team that will help run the event.

The Ramada Hotel then laid on a superb buffet for the players and officials which gave them some last minute socialising before the serious business of the tournament gets underway at 1pm local time.