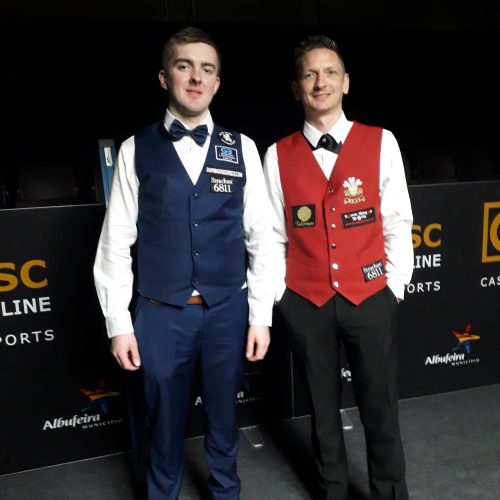 Andrew Pagett is only one step away go get back for his fourth time to the main tour after claiming a 4-2 victory over Scotsman Ross Muir in semi-final 2 of the 2020 European Snooker Championships played this Thursday afternoon in Albufeira.

The 37 years old ‘Welsh Wizard’ will face in the Final Heikki Niva: the man from Finland has beaten Belgian Kevin Hanssens in the decider os semi-final 1 played also this Thursday during the morning at Salgados Palace Hotel.

The Final will be played also this Thursday best of 9 Frames and the winner gets the nomination from EBSA to World Snooker to join the main tour for the next two seasons and will be celebrated with the snooker European crown that Polishman Kacper Filipiak has achieved in 2019.