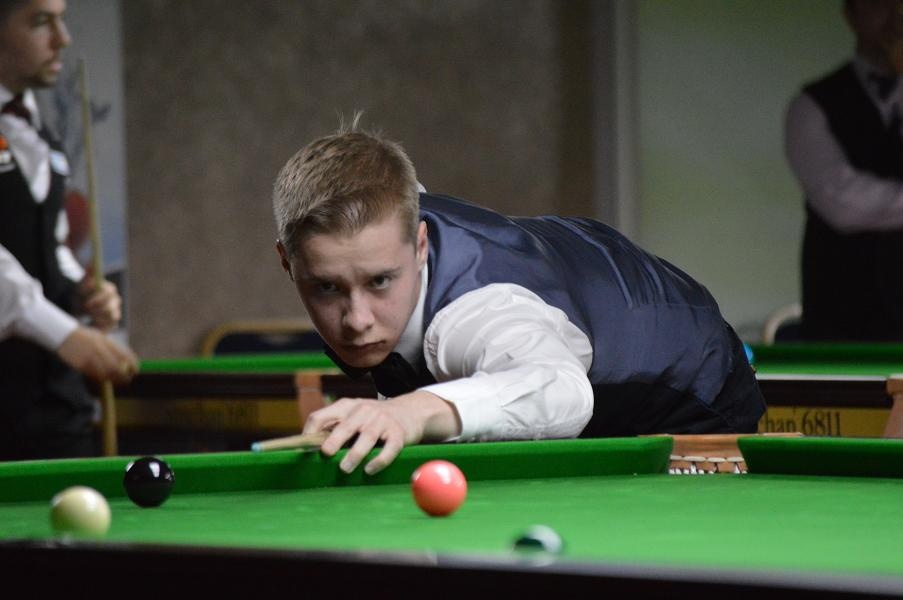 There were four matches that ran late here tonight in Sofia due to matches running late earlier in the evening. Poland’s Patryk Masłowski versus Germany’s Lukas Kleckers was one of those and the young pole certainly started well with breaks of 80 and 59 in the first two frames.
When he went 3-0 up it looked like it was all over however credit has to be given to Kleckers for a spirited fightback winning the next three frames comfortably to force the deciding frame.
In these situations the momentum generally swings back the other way however and it was no different this time as Masłowski took the final frame 68-20 to strengthen his grip on 2nd place in the group with one match left to play in Group A.
We had two more 4-3 results tonight and another one in Group A when Saku Veikkanen came back from 3-2 with the aid of a 66 in the 6th frame to defeat Sasa Stojanovic and keep him top of Group A with four wins.
In Group D Turkey’s Yilmaz Yildrim picked up his first win the hard way with another 4-3 victory against Bulgaria’s Cvetan Pavlov. Yildrim now needs to win his last match to guarantee a spot in the knockouts.
The final match was that between Maor Shalom of Israel and Andrey Khudobin of Belarus with Shalom coming out a 4-2 victor for his first win in Group P.
Play ended at 11.15pm and the tables opened up for practice for the next few hours.