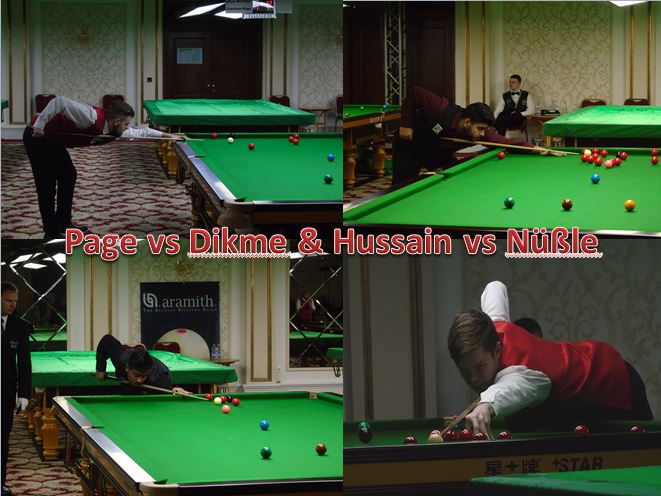 Defending champion Jackson Page was in devastating form in his quarter final win over Belgium’d Ben Mertens, with the Welsh man winning his match in 62 minutes.
Also in impressive for was Austria’s Florian Nüßle who broke Irish hearts with an impressive win over 2016 semi-finalist Ross Bulman from the Republic of Ireland.
England’s Hamim Hussain was excellent in his win over Frances Niel Vincent and England’s Sean McAllister just couldn’t live with Germany’s Umut Dikme who played some beautiful snooker to book his place in the last four.