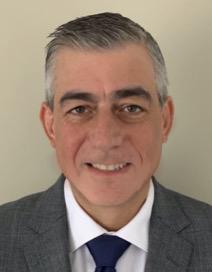 At the EBSA 2020 AGM it was agreed that the EBSA Board would be increased to five people including a Vice-President.

The Board is pleased to announce that Ricardo Salgado has been co-opted to the position of Vice-President of the EBSA until the next elections for that position.

According to the EBSA Constitution, at the 2022 EBSA Annual General Meeting there will be elections for the position of Vice-President.

For those who don’t know Ricardo, he’s the President of the ‘Federação Portuguesa de Bilhar’ (Portuguese Billiards Federation) and he’s also a lawyer in Portugal. Ricardo helped the EBSA prepare all official documents to establish its new office in the city of Lisbon and open the new bank account in Portugal.

On behalf of the EBSA board I would like to take this opportunity to welcome Ricardo on the EBSA board of executives and thank him with the Portuguese Federation for accepting to host all European Snooker Championships in October 2021 in Portugal.  More news about that event will be sent to you in due time.