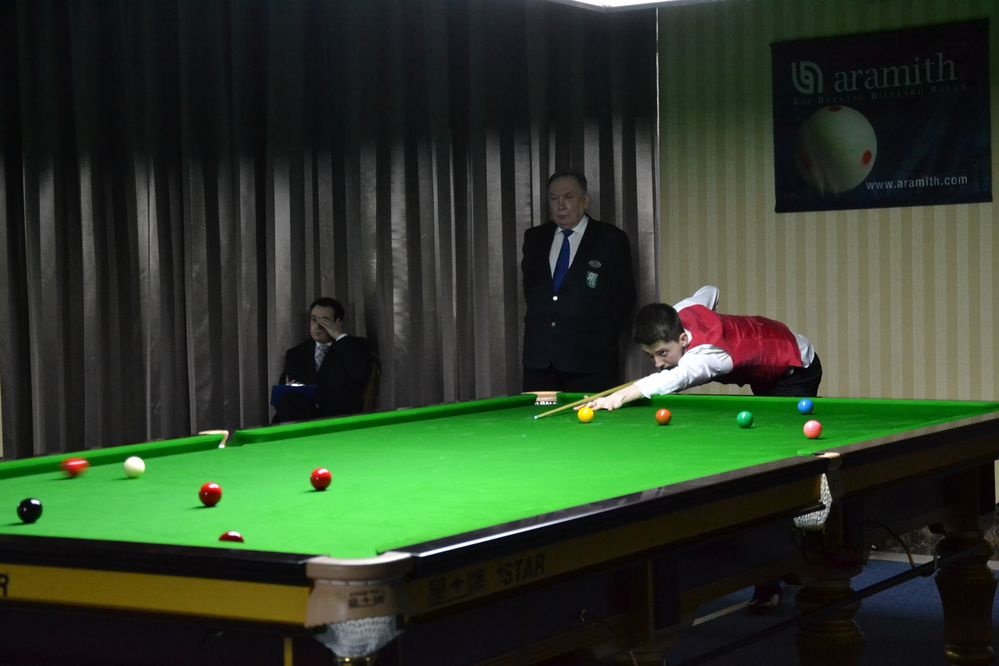 The player from Wales started playing at 10 a. m. and finished near 11.30 p. m. after Last 16 and quarterfinal matches.

Most likely a day to remember and to tell his grandsons one day: the 17 years old teenager from Llanelli played four matches and 27 frames in near 14 hours. Four deciders in his four matches is like the cherry on the top of the cake.

Rees has beaten Dylan Craig (Scotland) by 4 frames to 3 before facing Brendan Sargeant in U21 event. In the U18 championship he defeated Callum Costello (England) by 3 frames to 2 and next Brian Ochoiski (France) by 4 frames to 2.

A real demonstration of believing and passion. An inspiration that time will not erase. A day to remember that will last even losing last match.

This Thursday at 10 a.m. local time Tyler Rees plays again in the semis of the U18 championship facing Ross Bulman (Ireland) best of seven frames while another two welsh players, Dylan Emery and Jackson Page, battle for the other place in the Grand Final to be played at 2 p. m.

Brendan Sargent battles with Ashley Carty for a place in U21 championship Grand Final on Saturday. The winner of the clash between the two English players gets to the decisive match. The semis are to be played starting 10 a. m. local time on Saturday and the Grand Final at 2 p. m.

Still unknown until now was the fourth man in the semis who will face Josh Boileau (Ireland) in the same timetable. Lukas Kleckers (Germany) and Joseph O’Connor (England) were battling through dawn in the last match of quarter-finals still on its course.