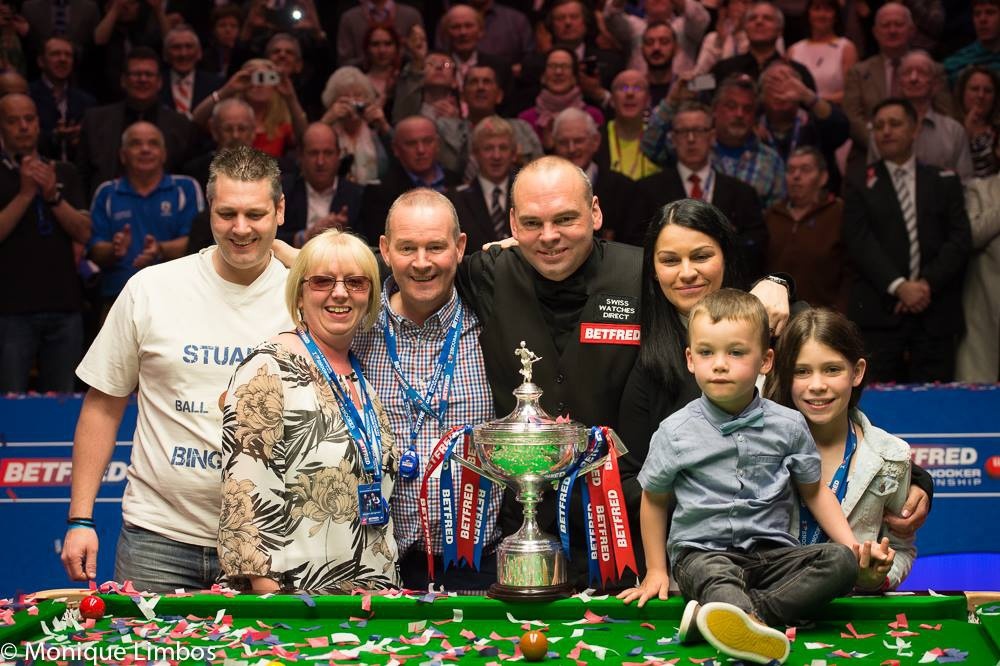 Stuart Bingham is the new World Snooker Champion. The 38 years old English player, who has been in the circuit for twenty years, beated Shaun Murphy by 18-15 in an epic final, perhaps one of the best of the last quarter of century, at the ‘Theatre of Dreams’ , the Crucible Theatre, in Sheffield, stage of the event since 1977.

A super match, with Bingham turning massive disadvantages (0-3 and 4-8) to turn the match around on his favour and going into last session 14-11 up.

That was the time for Murhpy to come back, equalizing, but the decisive 31th frame allowed ‘Ball-run’ Bingham – who this Tuesdady will climb from world number ten to… number two – to get his title and the 300 thousand pounds prize.

Shaun Murphy played at his best, had a great reaction, but, after the lost final in 2009 and the world crow ten years ago (2005), did not manage to cope with a superb, classy and glacial Bingham.

Still, ‘the magician, 32 years old, will climb today in the ranking from world number eight do number six, and got 125 thousand pounds, after one of the best World Snooker Championships ever.