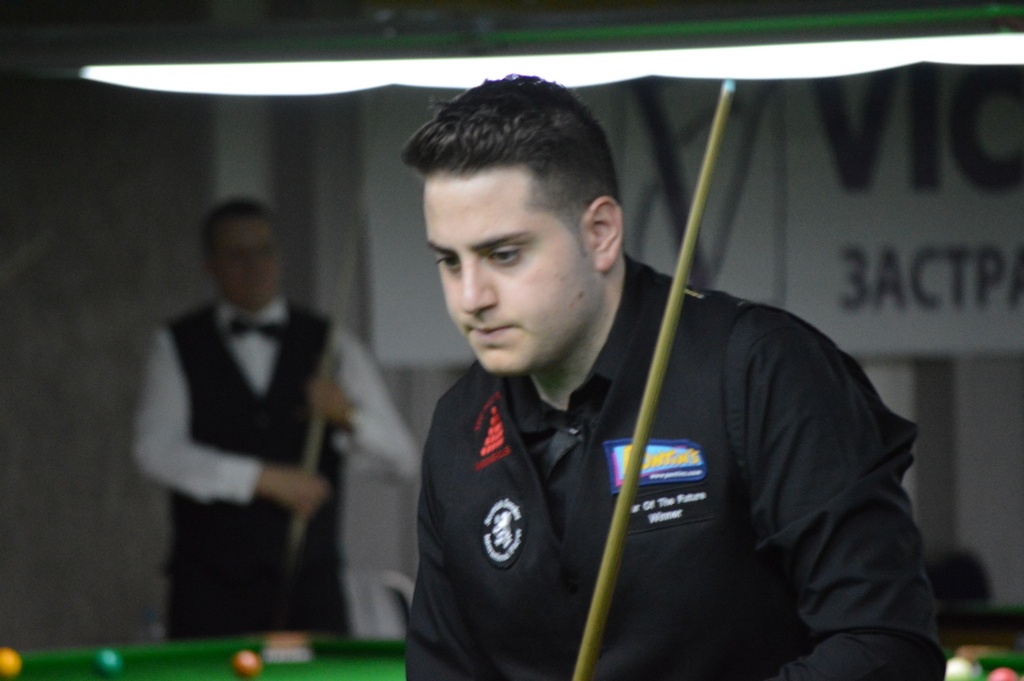 Scotland’s Eden Sharav edged through 4-3 against Bulgaria’s Georgi Velichkov this morning to collect his second win in Group N of the mens event.

The young Scot had a 71 break to go 2-1 ahead but the Bulgarian took the next two frames to put him under pressure at 3-2 down. Sharav responded with a 56 in the next frame and held his nerve running out a comfortable winner in the final frame.

There were three other matches played this morning in the mens event and where we saw wins for Kristján Helgason, Anthony Brabin and Mitchell Mann. Helgason ran out a comfortable 4-0 winner over Cvetan Pavlov, while in Group C Brabin had a great 4-1 win over Poland’s Grzegorz Biernadski.

Also in that group Mitchell Mann defeated Finland’s Jani Kananen 4-2 with a top run of 80 in the third frame.