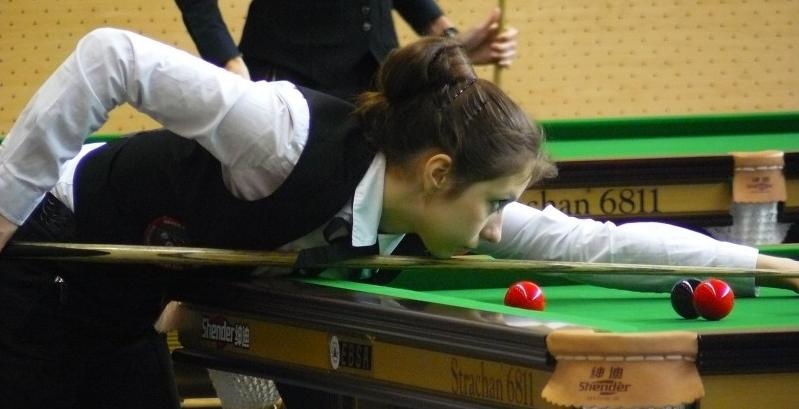 Russia’s Daria Sirotina finished group D today with six straight wins thanks to a superb 52 break in the deciding frame against Latvia’s Inese Lukashevska. The Russian player had only dropped one frame up to this point but Inese pushed her all the way to the final frame however Daria will now be one of the top seeds for the knockout draw.

Inese must now play her final match in what is going to be a very interesting last session as several players can still take the qualifying spots in this group.

In the other groups Wendy Jans also finished with six wins from six without dropping a single frame thanks to a 3-0 win over Irina Gorbataya and will be the No.1 seed for the knockout stages.

Irina still has one match to play but should finish 2nd in the group while 3rd and 4th are still up for grabs between 3 or 4 players after both Roberta Cutajar and Stefanie Teschner both won today. 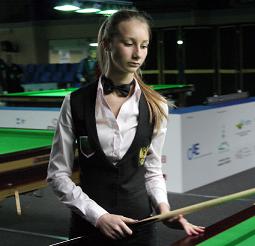 In Group C another Russian Anastasia Nechaeva (pictured) put in yet another solid performance beating Ewa Pawinska 3-0 with two breaks of 39 in the second and third frames. She still has one match to play tomorrow morning and a win will see her top the group ahead of Pawinska who is on five wins also with all her matches played.

The fight for the other two places will also go to the wire with three or four players still in contention thanks to Linda Lassaut and Yana Shut both recording wins in this session.