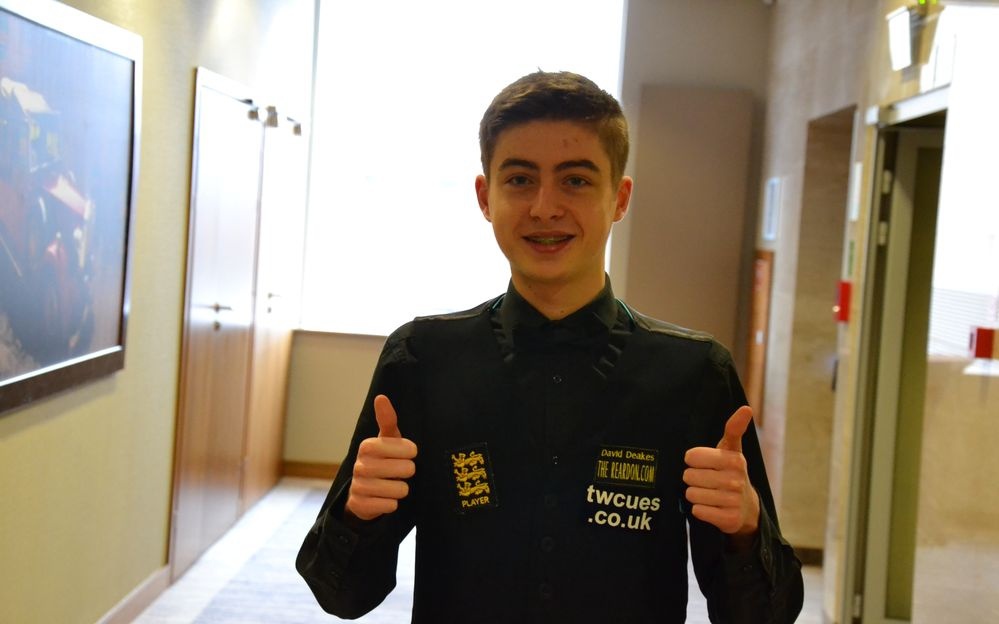 Brendan Sargeant (England) became the first player to achieve a century at the championship when he made a superb 104 break on Tuesday night. It beat Lukas Kleckers previous highest of 94.

«I’m very pleased. I feel happy. Still the one only century? There are lots of good players here, and I’m sure there will be more. But it’s always nice to make a century. Now I aim for the main prize: I want to win the U21 European Snooker Championships, I’m here to win», said the player from Stoke.

Brendan, 18, practices «five or six hours a day, six days a week» in his local club, called The Reardon’s, named after the six times world champion.

Brendan is ambitious and aims for the moon. «My idol is Ronnie. I dream of winning this event and getting the nomination to play with the professionals the next two seasons. I’ve never thought about being anything else than a professional snooker player since the first days, when I was eight», told us a proud boy.

«I will probably play snooker forever», said a very happy player. Brendan already made a 150 break in practice, thanks to an extra free ball conceded by his opponent. «A fantastic sensation», he told us, with a big smile on his face.