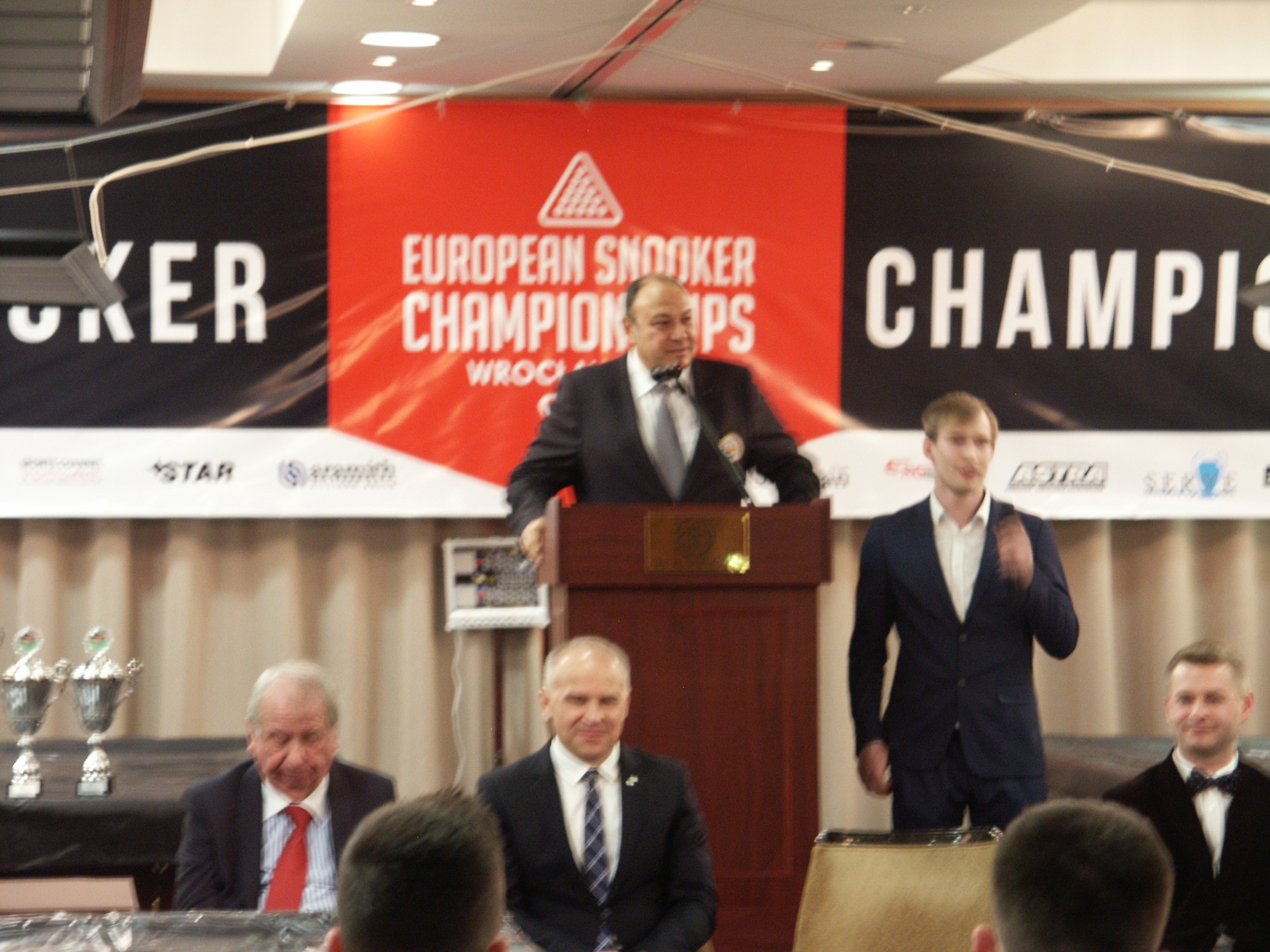 Lots of hugs among friends from old battles, eyes open and shining in the face of the youngsters coming for the first time to the European Snooker Championships.

The opening ceremony of the event took place this Sunday night at the Haston City Hotel, in Wroclaw. A crowd of more than 150 players attended astonished by a dream that comes true: play in an European Snooker Championship, or even two: Men, U18 and U21, three events that will turn third polish biggest city in a big party for the game lovers.

The treasure at the end of the rainbow are the two golden Tickets that European Billiards and Snooker Association (EBSA), Mr. Maxime Cassis, admitted are booker for this 2016 Men and U21 European Snooker Championships: nominations so that World Snooker can confirm the possibility of playing for two seasons among the professionals.

But EBSA’s president also told that «two more tickets» can be addressed, a chance still to be confirmed until the end of the all three events. Most important were his words about Poland’s love for snooker.

«In 16 years, it’s the sixth time we organize an European Championship in this country, really passionate for the sport!»

Piotr Murat, president of Polish Snooker Association, gave a big welcome to all the 300 players – 72 in the U18 contest, 82 in the U21 event and 147 for the Men’s event (that will start only the  13th , once the two youngsters European Championships are over).

Add to this 300 players from 37 different countries all over Europe 40 referees from all proveniences, and the 18 Star tables placed in two magnificent hall at the Haston City Hotel, and the conditions are ready for the games to begin.

All round-robin stage is to be played best of five frames (3-0 to possible 3-2), the first two from groups of four players go through to last 64.

And this Sunday, the players waistcoats in all back’s colors – red, orange, green, blue, depending on the home country – give the right ambiance to an event that, most of all, is the big party of the families: lots of parents and coaches also came, to support their descendants and/or pupils. An unique atmosphere, where all the amateur’s dreams can end with a prize to become professional.