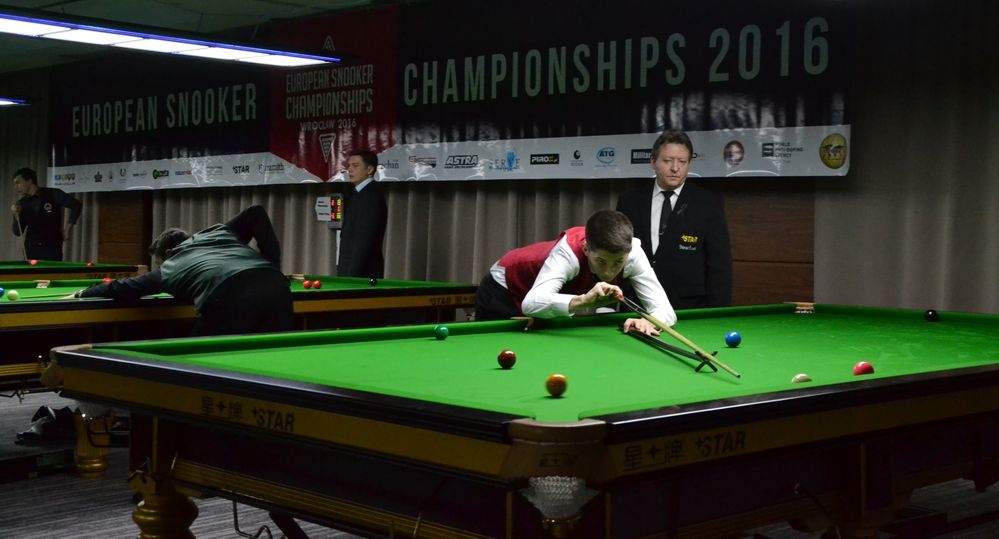 Tyler Rees achieved a great milestone this Thursday afternoon by reaching quarterfinals of both 2016 EBSA U18 and U21 European Snooker Championships.

Earlier he had beaten Callum Costello (England) by 3 frames to 2 also in Last 16 round in the U18 tournament.

«I now have two opportunities, it feels really good, and pays for a lot of practice and sacrifices over the years. If I win one event it would be a dream, but if I win both it would be fantastic» said the smiling teenager.

This Ronnie O’Sullivan fan faces Brian Ochoiski (France) in U18 Last 8 round (best of seven frames) and Brendan Sargeant (England) best of nine frames in the U21 2016 EBSA European Snooker Championships in matches to be played this Thursday afternoon and night.