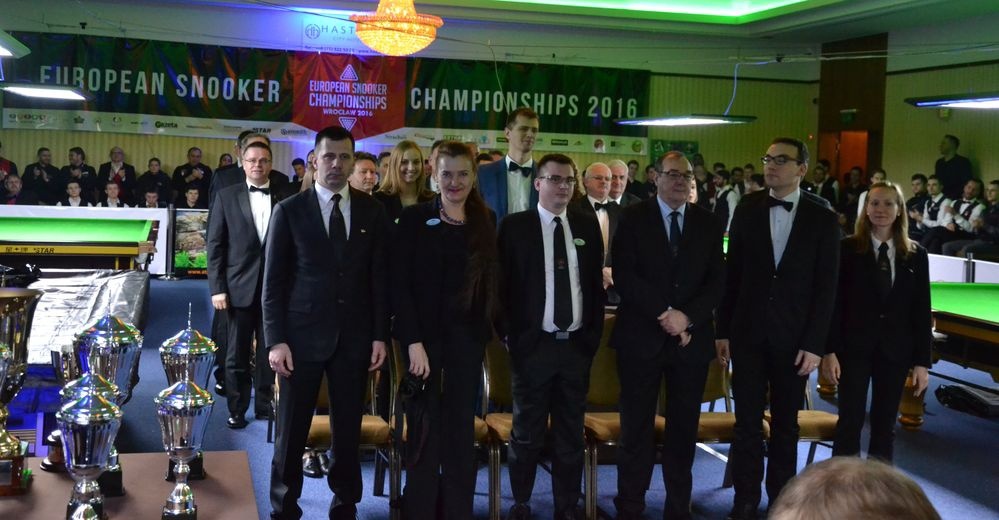 The Haston City Hotel in Wroclaw hosted this Saturday night the victory ceremony of the 2016 EBSA U18 and U21 European Snooker Championships.

All the four first from both events received their prizes in the end of a run with 155 players from 38 different countries.

Also the 147 players that will be in Men’s event which already started this Saturday were in the crowd such as the more than 30 referees assisting this big event.

Tyler Rees (Wales) and Josh Boileau (Republic Of Ireland) were crowned U18 and U21 new European champions in 2017 World Games host city Wroclaw. Here are some of the best images of the night.