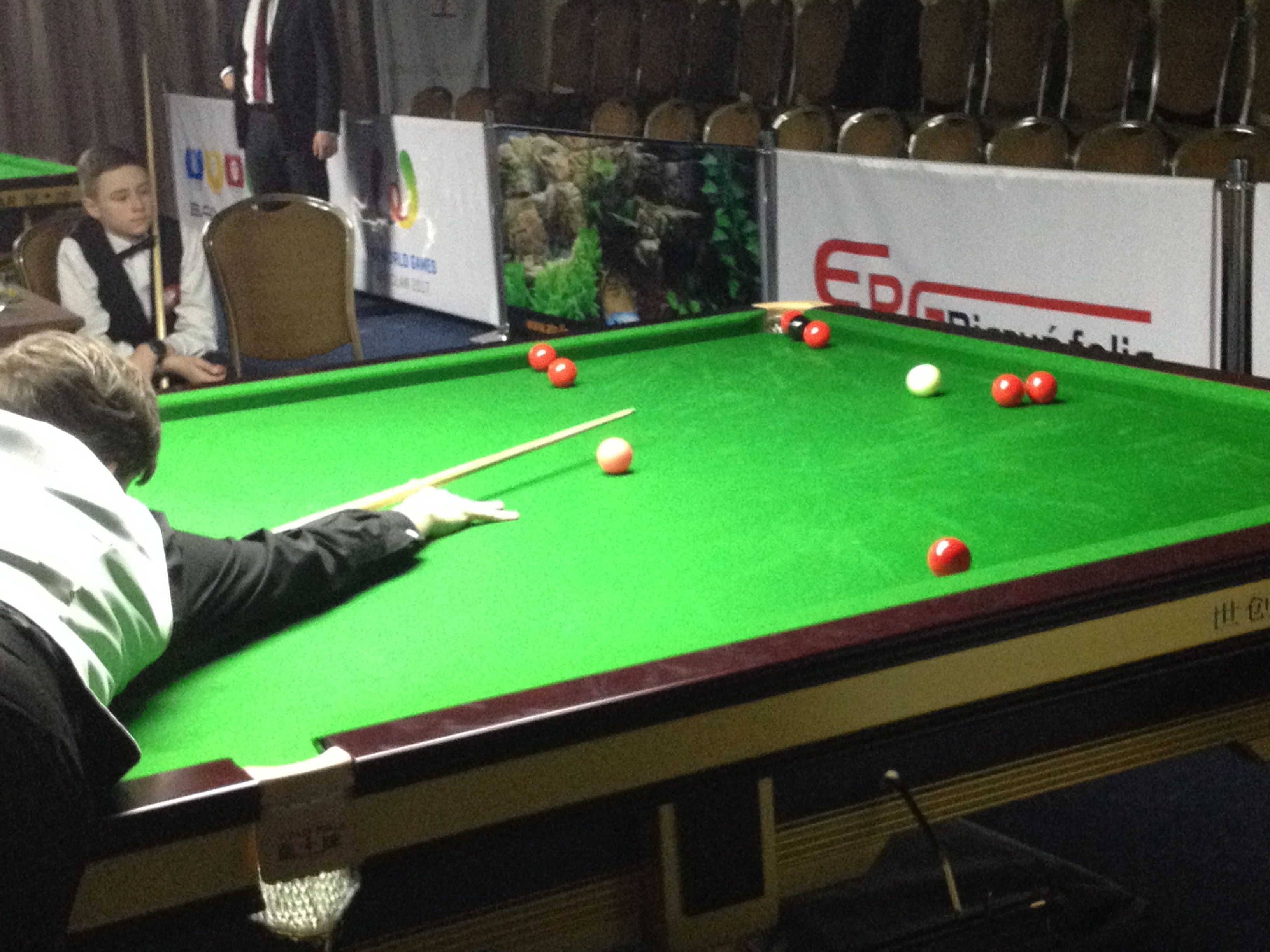 The U21 European Snooker Championships started this Monday afternoon in Wroclaw, with the players competing for the Golden Ticket: the nomination to World Snooker, in order for the organization to invite the future winner in Wroclaw-2016 do compete in the professional circuit, among the biggest ones, for two seasons.

Besidas, as Maxime Cassis announced in the Opening Ceremony, on Sunday, an extra prize of 1000 euros will be awarded by EBSA to help the future U21 European Champion, that will succeed Darryl Hill (Isle of Man) as winner.

After the morning sessions at the 18 tables in the Haston City Hotel have been reserved for the U18 European Snooker Championships round-robin stage matches, the teenagers took over the stage in the afternoon: Louis Heathcote, runner-up in Malta-2015, the irish Josh Boileau or polish school, with Kacper Filipiak and Mateuz Baranowski, are among the strongest favourites to win, with maltese star Brian Cini, European 2015 Men Doubles runner-up, aside with Tony Drago.