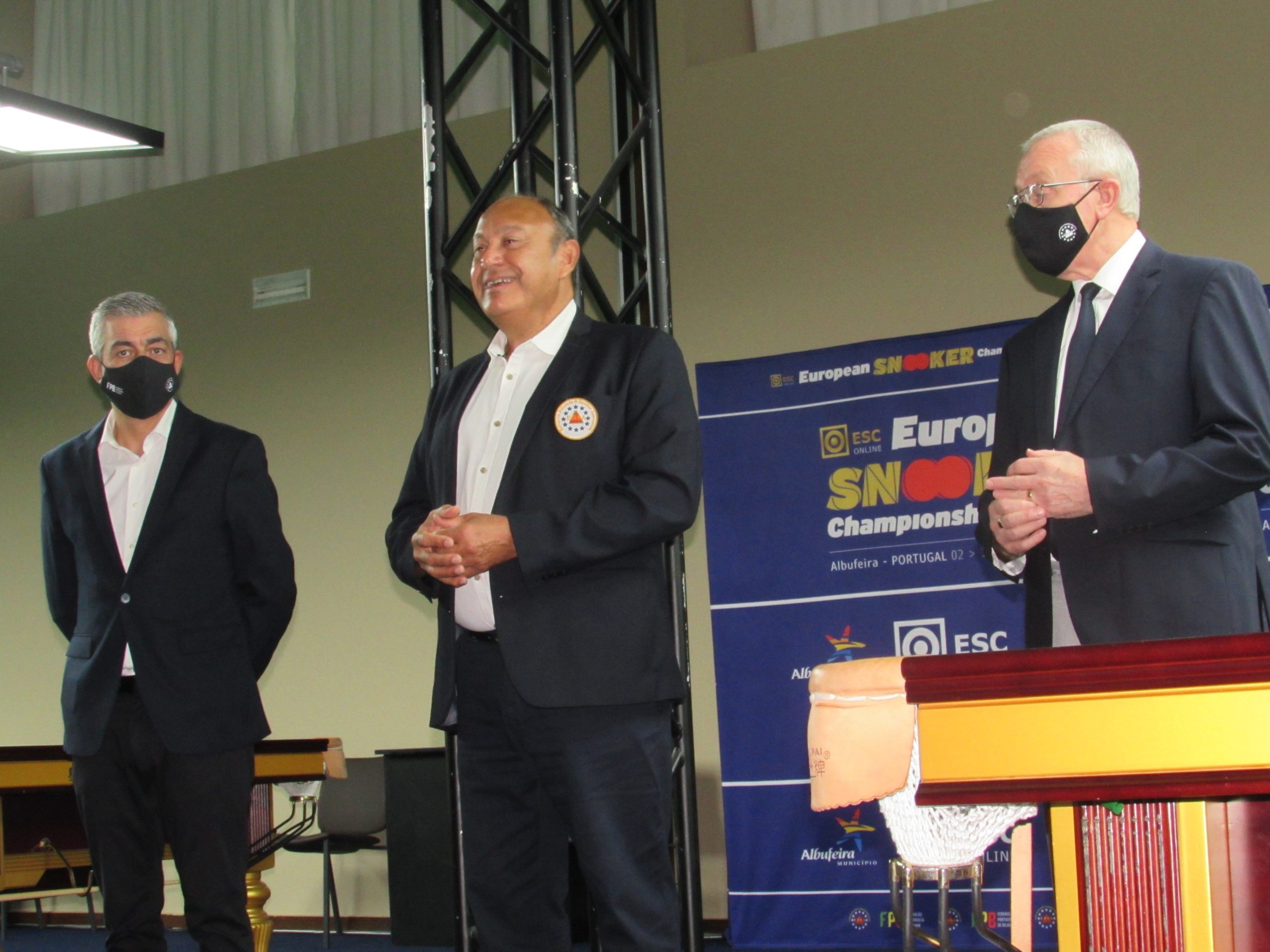 A warm welcome for all the 78 players who will start playing the U21 event at the 2021 EBSA European Snooker Championships was provided this Sunday afternoon at the venue of Albufeira’s Vidamar Resort Hotel.

«Good luck for everyone, do your best and may the best man win» told EBSA President and tournament director Maxime Cassis, alongside with his assistant and President of Federação Portuguesa de Bilhar, Ricardo Salgado, and also the Championships Competition Manager, Peter Thomas.

The U21 competition will start Monday October 4th at 10 a.m. with the round-robin stages to be played best of 5 frames in 16 groups of five players each one, 14 with five competitors and the other two with four players.