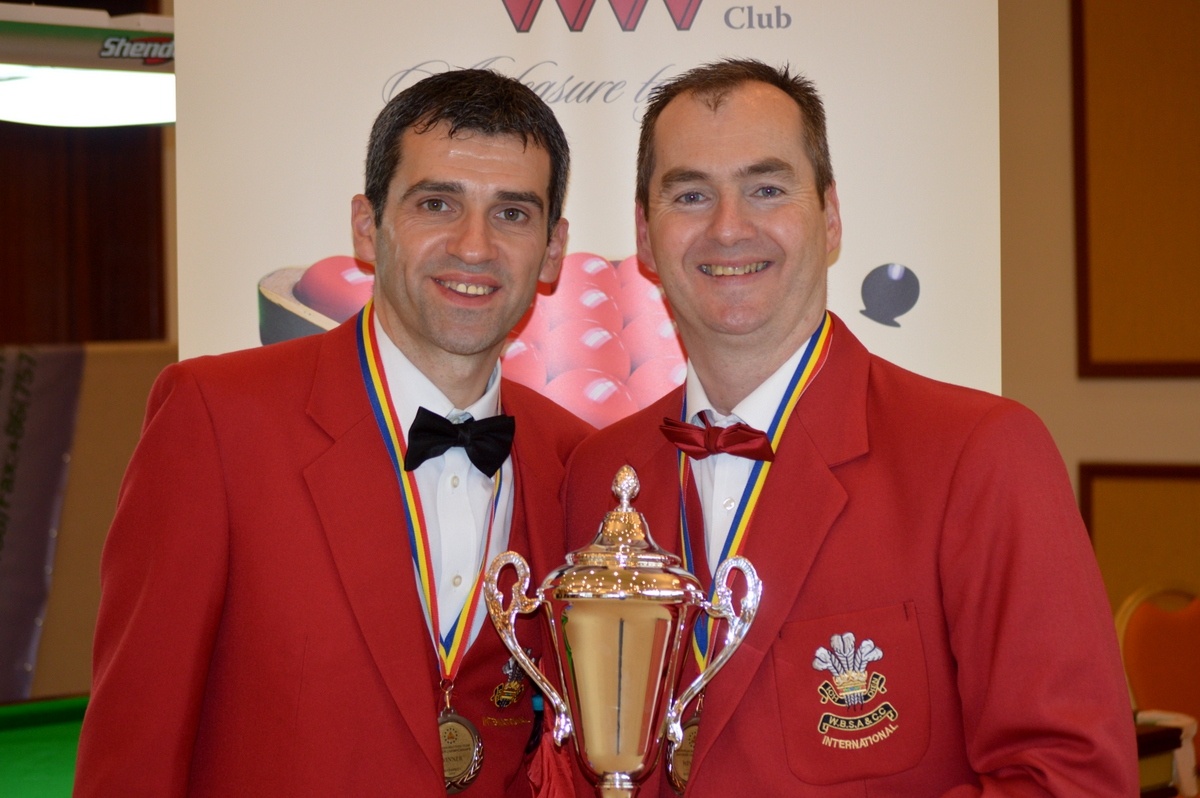 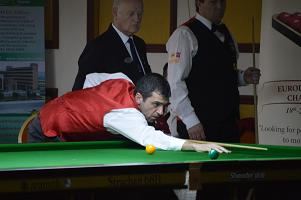 The Welsh second team of Wayne Morgan and Peter Roscoe were crowned the European Masters Team Champions here tonight in Bucharest, Romania thanks to a 4-1 victory over Belgian’s Mario Van Herk and Alain Vandersteen.

The Welsh last like the Malta team that captured the mens title only finished second in their group and thus were not among the top seeds in the knockout draw and got a tough match against Ireland which they won 4-1.

That win set up a clash of the Welsh and even brothers as older Morgan brother Darren was on the Welsh 1st team with Elfed Evans. It was the younger brother who prevailed however as they recorded another 4-1 victory. 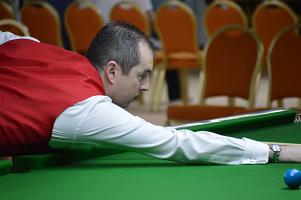 The semi finals went the same way with a 4-1 win over defending champions Ireland 1 or Mark Tuite and Anthony Bonnar to reach the final where they would play the Belgian side.

Van Herk and Vandersteen reached the final after topping their group and finishing No.2 seeds and then saw off Russia, Germany and England to reach the final.

They opened up with Roscoe winning the first frame against Mario Van Herk 46-30 and despite a 43 by Vandersteen in the second frame Morgan still ran out a 59-44 winner to give them a healthy 2-0 lead.

Belgium pegged them back with the aid of a 51 break in the doubles match but Roscoe won the next well against Vandersteen and it was Morgan who took the final frame 50-39 on the pink to capture the title for the Welsh team.  (View Final Moments)