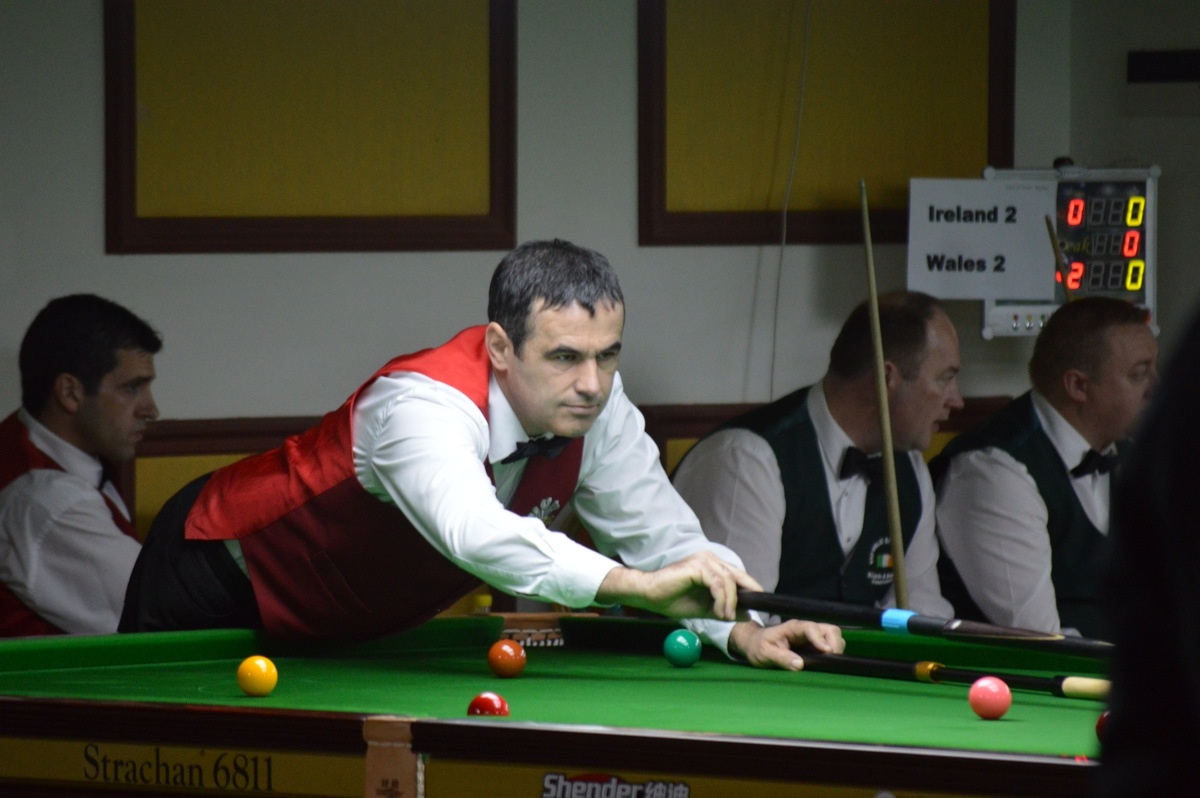 Both Welsh Masters teams won well today to set up an all Welsh quarter finals in this years European Team Championships. Darren Morgan and Elfed Evans produced some great snooker which included a superb 103 break in the Scotch Doubles frame of the match against Belgium 2 which they won 4-0 and they will now face Wales 2 in the quarters.

Wales second team of Peter Roscoe and Wayne Morgan defeated Ireland’s Tom O’Driscoll and Tony Seymore 4-1 to set up what should be a superb quarter final match that could have easily been the final had they stayed away from each other. 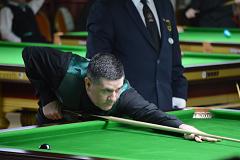 Defending Masters Champions Ireland are now also safely through to the quarters to face Ukraine. Anthony Bonnar and Mark Tuite beat Israel in their last 16 match and they will now face Alan Trigg and Oleksii Dobrovolskyi of Ukraine in the quarter’s.

Breaks of 42 and 64 helped the English team of Jamie Bodle and Michael Henson to an early 2-0 lead over France this morning. The next two frames were a bit closer but eventually England closed out the match 4-0 on the black ball.
England will now face Scotland’s Dougie Melrose and Colin McAlpine after they came through an epic 4-3 battle with Ireland 3 with McAlpine playing a superb last frame to defeat the Irish team of Stephen Walsh and Alen Matic.
In the bottom quarter of the draw Belguim’s team of Mario Van Herk and Alain Vandersteen saw off the Russian team of Mikhail Pechatnikov and Alexey Goldobin 4-1 and they now Germany who also had an epic encounter with Romania 1 with the German’s
eventually running out 4-3 victor’s.
The quarter finals will take place at 6pm local time.