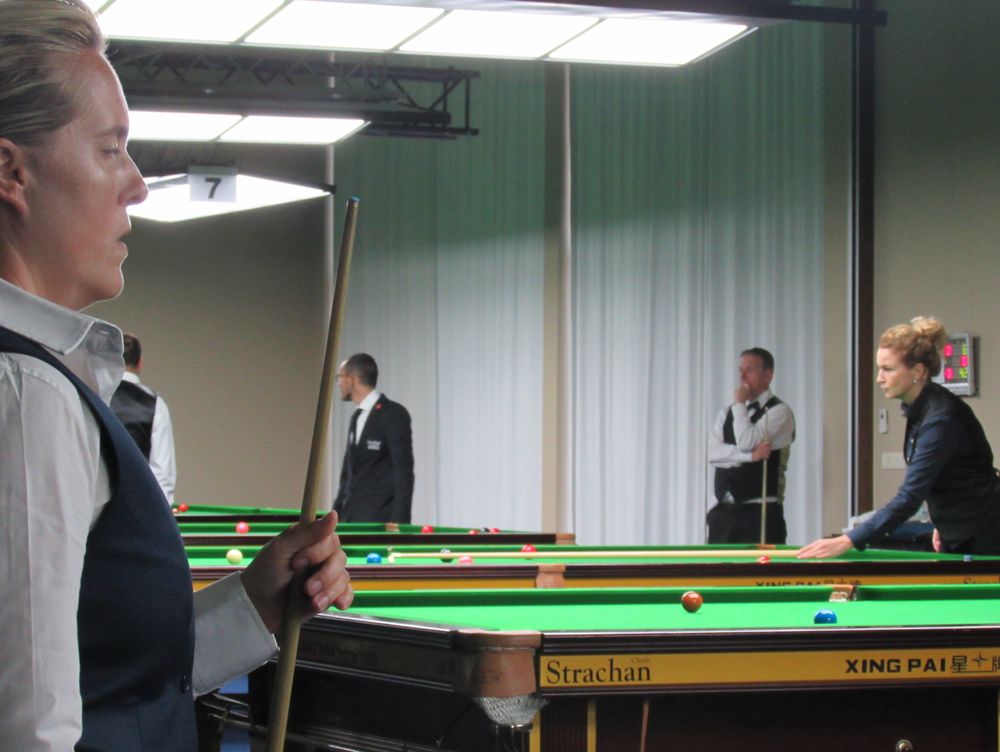 Belgian Wendy Jans is already in Last 16 round at 2021 EBSA European Snooker Championships at Albufeira’s VidaMar Resort Hotel Algarve and she is aiming for an astonishing 13th title in the Women’s event.

The 38 years player from Bree never gets tired of winning and it’s an inspiration for all women: hats off to her longevity at a top class level.

In 2019, Russia’s Anastasia Nechaeva beat Wendy Jans in the quarterfinals by 4 frames to 1… and in 2020, due do covid-19 pandemic and restrictions, there was no Women EBSA European Snooker Championships.