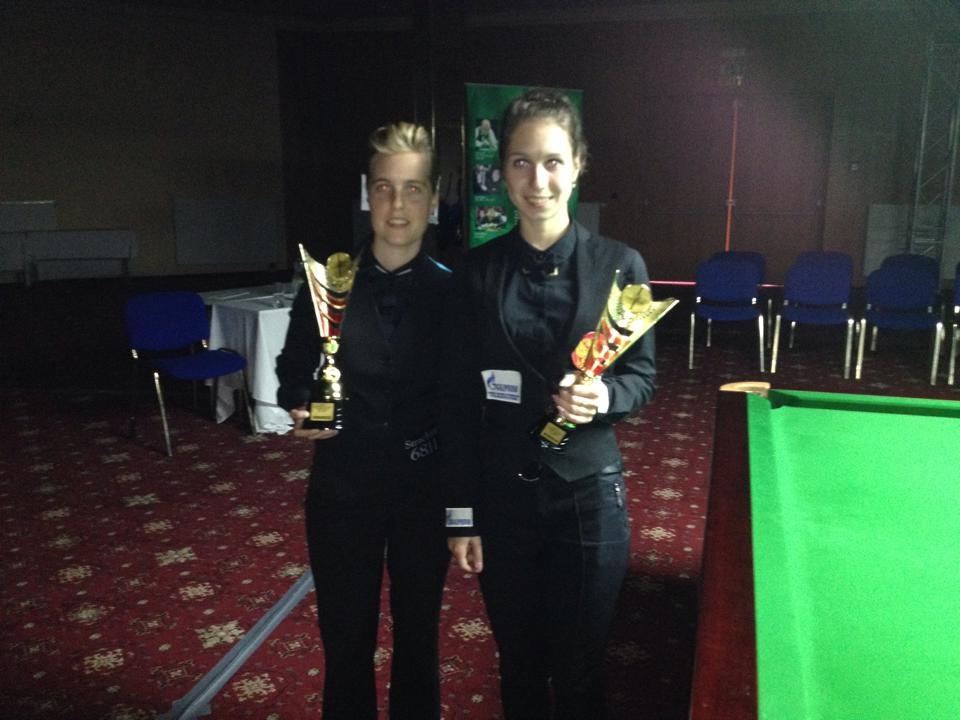 Wendy Jans, 31 years, born in Bree (Belgium) is the 2015 European Snooker Champion, a title she just conquered after beating Daria Sirotina (Russia) 5-0 in the Grand Final, at Prague’s Top Hotel.

It’s the 9th European title for the Belgian star, who also has already four World Champion titles. But don’t worry, she’s not thinking about quitting so soon. «It feels always like the first time. I love to play, I love the game. Can picture myself still playing in ten years, for sure», Wendy told us.

Beside of the Cup, delivered by competition manager of EBSA, Simon Smith, Wendy won a 600 euros prize for another outstanding and winning 11 days performance in Prague, where her superiority prevailed under a great Daria Sirotina, European Teams Champion (with Anastasia Nechaeva). «No, I never get bored. I don’t think I’m muche better than anyone else. Just try to have fun playing», concluded the new European Queen and big favorite since the beginning of Ladies event (28 players started it).