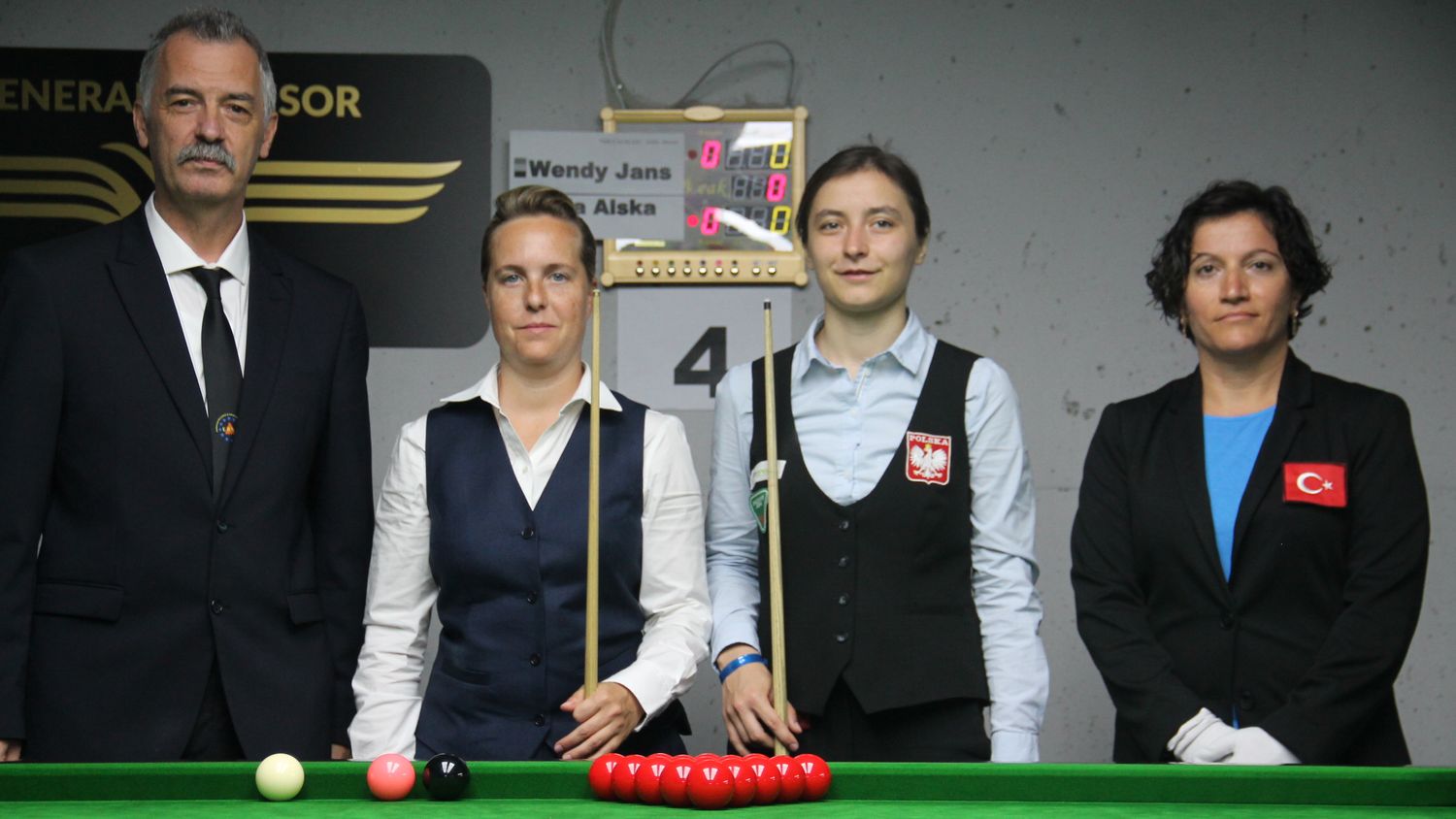 In the Women competition, Germany’s Diana Stateczny faces Latvia’s Anna Prysazhnuka while Belgium’s Wendy Jans has Poland’s Dalia Alska as opponent playing for the two places at the 7 p.m. final to be played also this Tuesday June 14th.

The best of 7 Frames Seniors event final will also be played this Tuesday June 14th starting 7 p.m. in Albania.

The best of 5 Frames round-robin matches of the Men’s event are also live now at the remaining tables at the venue of this Championships. A 4th and a 5th 2022 european snooker kings will be crowned this Tuesday after Liam Davies (U18), Artemis Zizins (U16) and Ben Mertens (U21) in the Women and Senior’s event.