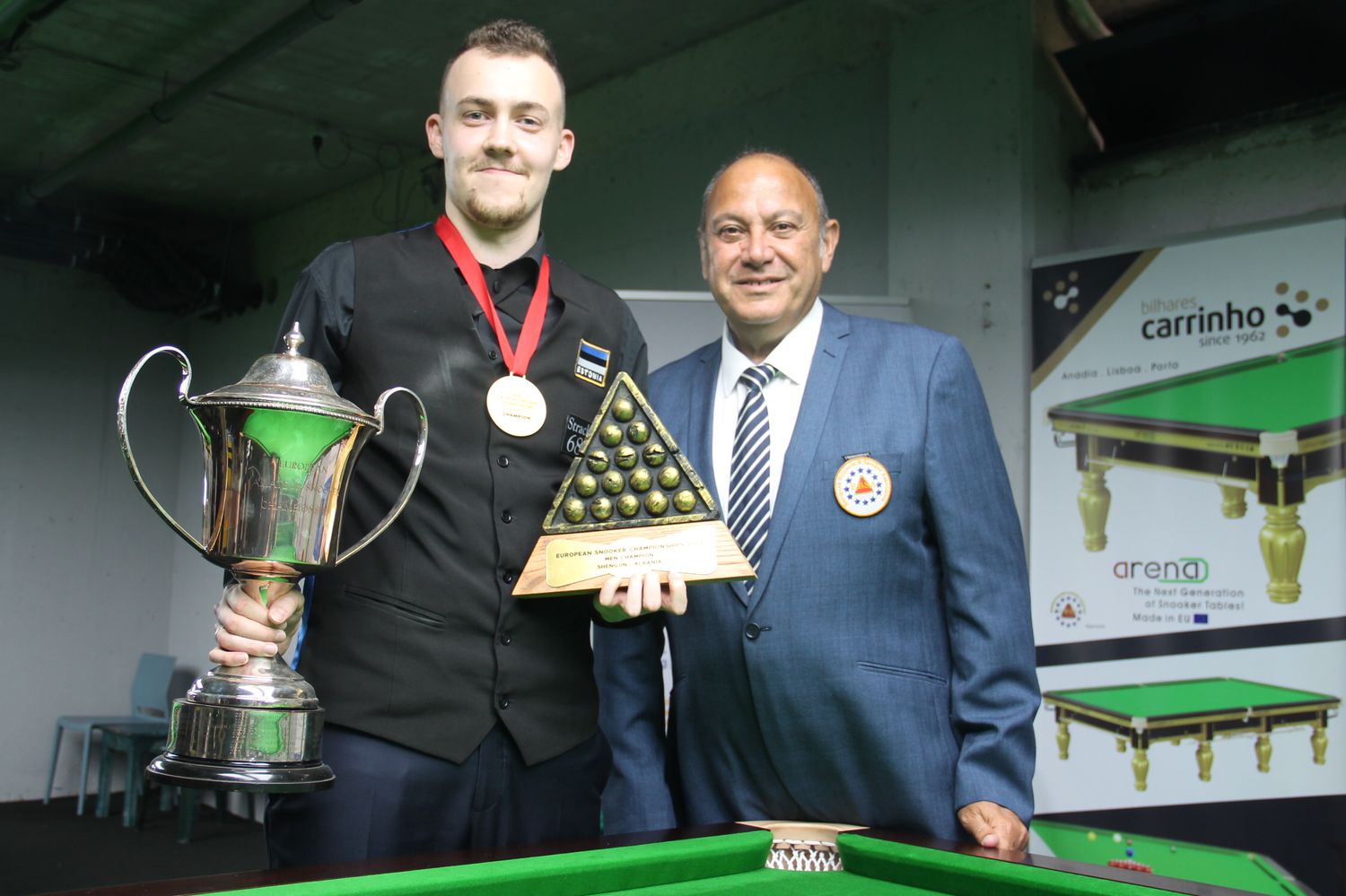 Petrov succeeds England’s Oliver Brown as the new European king and he still has the 2021 Six Reds European crown also: a phenomenon who’s nickname says it all, ‘The Tallin Lamborghini’.

A quite emotional win for the Estonian, who’s is going to become a father in one month (it’s a princess…) and aimed for this title for a long time.

Petrov will receive a nomination from EBSA to World Snooker to play on the tour as a reward, like Ben Mertens had before by winning the U21 event also here in Albania, so that he too might become a pro starting next season, announced EBSA’s President Maxime Cassis.

«I forgot everything I wanted to say. I’m gonna become a daddy in one month, my wife and my baby are far away. I must thank my all family, especially my parents, for the support since the younger days and years. And this cup is for my wife and for my daughter», said to the crowd one emotional new European champion.

Portugal’s André Santos was the referee of the final and his fellow countryman Vítor Augusto marker of the big clash.

Still on the run at the 19 tables at Shengjin’s hotel venue, until Sunday night, the three 2020 kings in the three team events – Men, Women and Seniors – with the round-robin matches being played all day still in Albania.

One 129 points break from Ukraine’s Iulian Boiko and also from Finland’s Robin Hull worth both, tied, the best break in this Men’s competition, while Austrian Florian Nüssle and Germany’s Umut Dikme both got 3rd place and also their prize for achieving the podium.