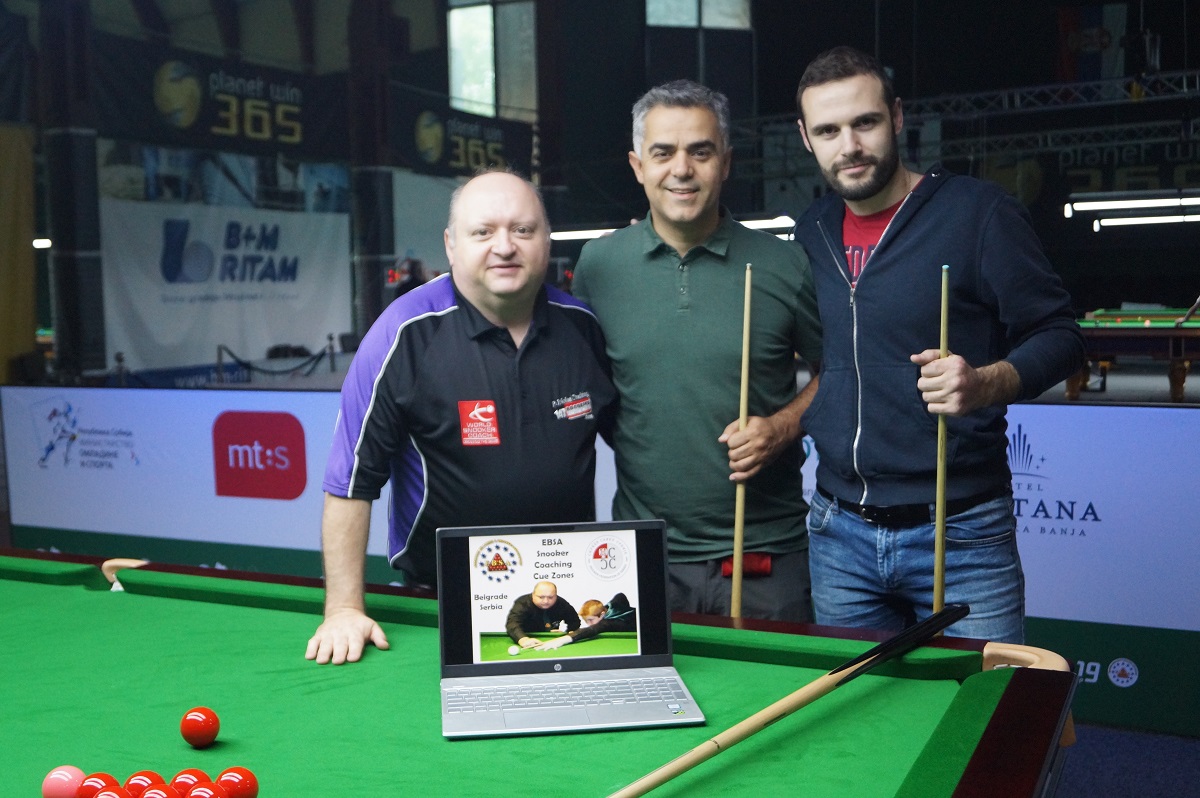 The session PJ Nolan EBSA Cue Zone was held today on the 3nd of June at the 2019 European Teams & Masters & Ladies Snooker Championships in the Crowne Plaza Hotel Belgrade in Serbia.

PJ worked with David Vaitzman from Israel and Marko Grbovic from Serbia on playing techniques in developing good fundamentals and on Break Building Shot Selection. Both players this morning really impressed PJ with his commitment and both said they really enjoyed thierlesson with PJ.