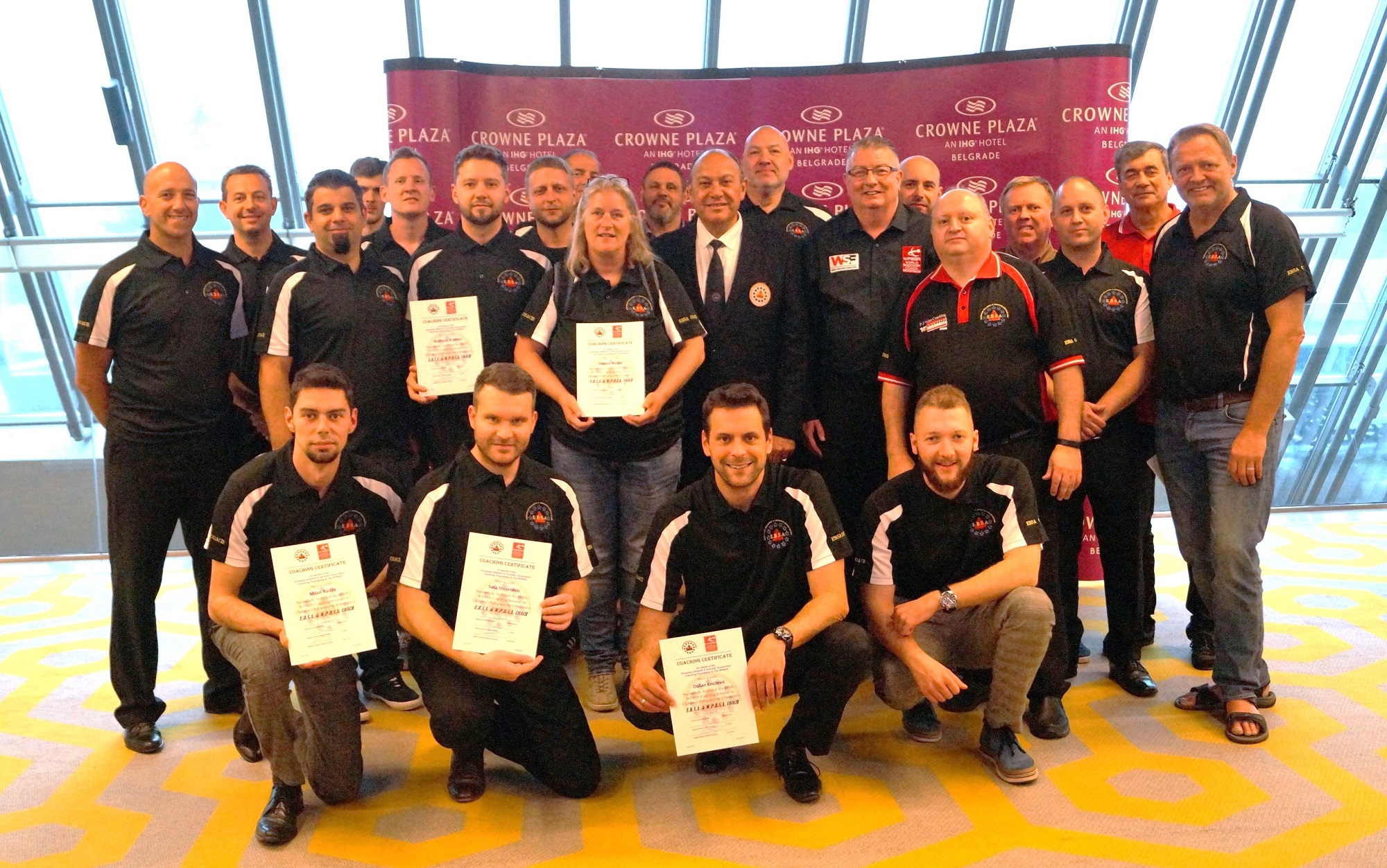 The course was hailed as a huge success by Maxime Cassis (EBSA Chairman) who said he was delighted to see EBSA Coaches becoming part of the WPBSA Coaching team which will help them to grow the game all across Europe.

An overview of snooker in today’s world and its increasing growth around the world as the fastest growing sport globally.

UK Coaching working together in partnership with the WPBSA is pioneering the education of snooker coaching with regards to safeguarding and protecting children within the sport.

Jason Ferguson, WPBSA Chairman said: “I am delighted to see our relationship with the EBSA getting stronger and delivering greater new initiatives such as this across European nations. The unification of our coaching qualifications is sure to provide more opportunities for aspiring coaches in our drive to provide new players to the World Snooker Tour.

“I would like to thank the EBSA for their efforts in continuing to grow as our partner in Europe.”

Chris Lovell, WPBSA Coaching Consultant said: ‘’Working together with PJ Nolan we have created a pathway to support the professional development of coaching within Europe. With the support of their NGB and the EBSA coaches can attend the well-established and successful European coaching programme and achieve WPBSA world snooker level 1 status, opening the door to the Level 2  1st4sport Certificate in Snooker Coaching delivered by the WPBSA coaching team led by six-time world snooker champion Steve Davis ’’.

Any current EBSA qualified coach who wishes to achieve this WPBSA accreditation can attend the next one-day course at the European Championship in 2020 in Portugal after Maxime Cassis (EBSA Chairman), Jason Ferguson (WPBSA Chairman), PJ Nolan (EBSA Head of Coaching) and Chris Lovell (WPBSA Coaching Consultant) confirmed more courses will be held.

Only NGB approved EBSA coaches can attend an EBSA Championship for free of charge. Alternatively, any coach can attend a WPBSA World Snooker Level 1 course in England for the price of £199.99 by contacting the WPBSA direct.

If you would like to attend the next three-day EBSA coaching course, please ask your NGB to nominate you in writing to the secretary of the EBSA and complete the application form on www.ebsa.tv

The Course fee is €250.00 and once approval is received from the EBSA you must then arrange payment of €250.00 to the EBSA to secure your place on this three-day course.

This payment includes two-year EBSA Membership, Polo Shirt, Coaching Card plus a place on the one-day WPBSA Course. The Course fees must be paid in advance and Application form sent to the EBSA.