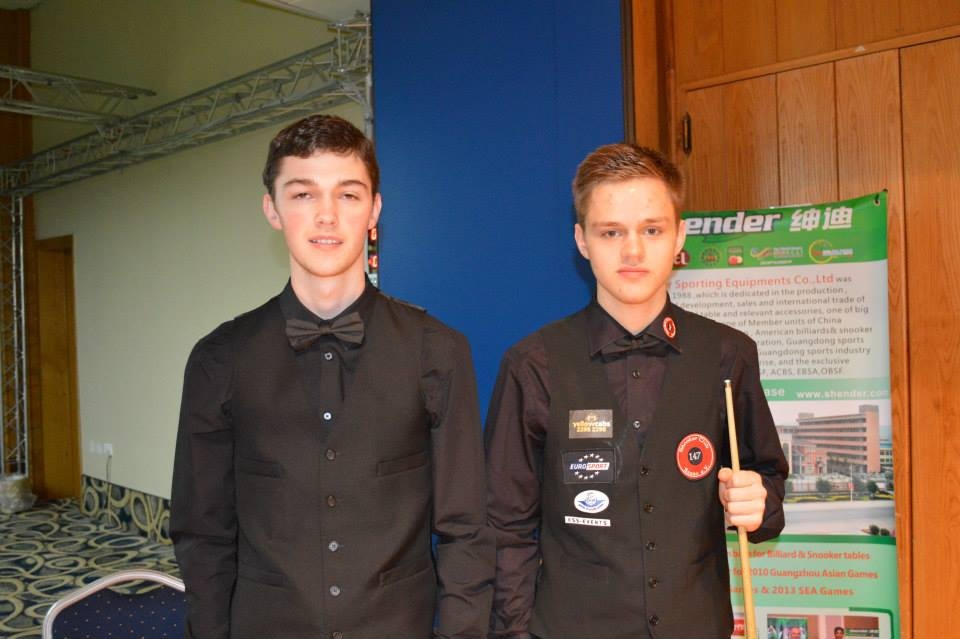 Two english, Louis Heathcote and William Lemons, showed their country power in the sport at the Last 16 round matches that took place this morning, going through to quarterfinals, that will start at 14 hours local Malta time (13 hours in the UK).

Three scottish and three polish have made it to Last 16 (two English and another two welsh got there too), but the men from higlands suffered an unexpected blast with the surprising win of german Lukas Kleckers over number one seeded and best one at round-robin stage, Thys Clark (4-2).

In another result against many odds, welsh star Jamie Clarke couldn’t make it to last eight survivors who still can succeed Oliver Lines as next European champions, getting defeated by English William Lemons (4-2)

Maltese Brian Cini just make it superbly to quarterfinals of U21 European Snooker Championships by beating welsh Tom Rees 4-1 in Last 16 round of matches of the competition, at the Dolmen Resort Hotel, in Malta, and plays english Louis Heathcote.

In the last match of Last 16 round to be concluded, israeli Shachar Ruberg got the emprty seat for last eight, coming up from 1-3 down do defeat the polski Patrick Maslowski in the decider (4-3)

The quarterfinal matches will be played best of nine frames: wins the first one to get to five wins (from 5-0 to possible 5-4).  Semifinals will also be played this Wednesday, from 18 hours, also best os nine frames, while the big final will take place Thursday, at 14 hours (best os 11 frames)