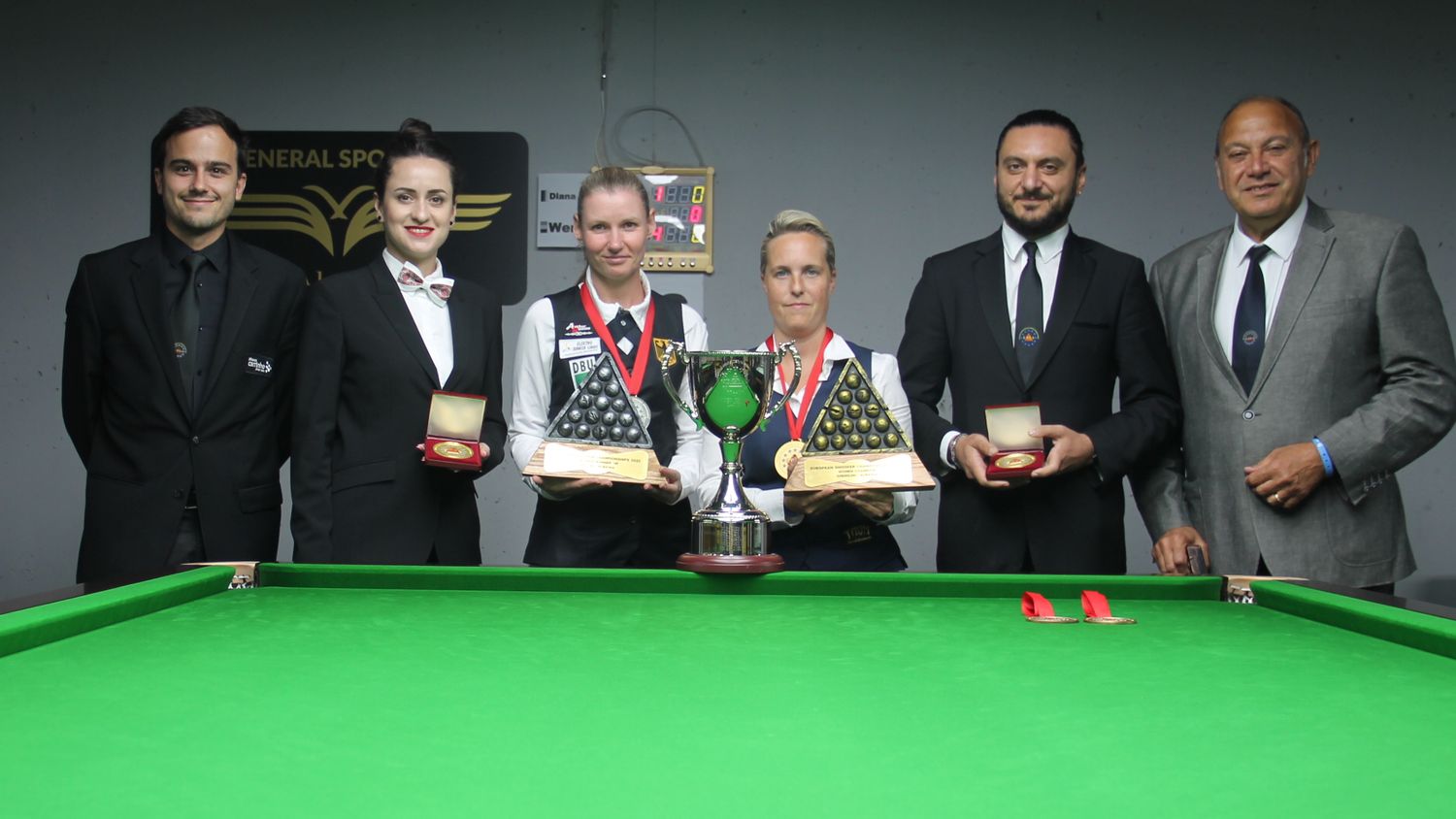 Belgium Wendy Jans won by an astonishing 14th time in her career Europe’s crown after claiming victory by 4 Frames to 1 facing Germany’s Diana Stateczny in the final of the Women event at the 2022 EBSA European Snooker Championships.

A taste even better for the Belgian star on her 38th birthday, in a battle that last more than 4 hours at the table in Shengjin’s Delfin Resort this Tuesday night.

Moldavian Natalia Josan Gradinari was the referee and her fellow countryman Catalin Cojoc the marker of the final where Wendy Jans achieved as many titles as Spanish tennis superstar Rafa Nadal has in Roland Garros tournament.

«I’m very happy to achieve this win. It is very different from the first one but tastes equally. Mission accomplished. I just want to thank the support from family, friends and all that made it possible, too», said a tired Jans in front of a packed venue who followed the clash enthusiastically.

Jans won the prize for the best break at the event, as well, with a break of 71 points. And promises not to give up right now. «I hope I can comeback, who knows?», told a birthday girl who got the present she aimed for, underlining her outstanding legacy and place in the history of snooker.