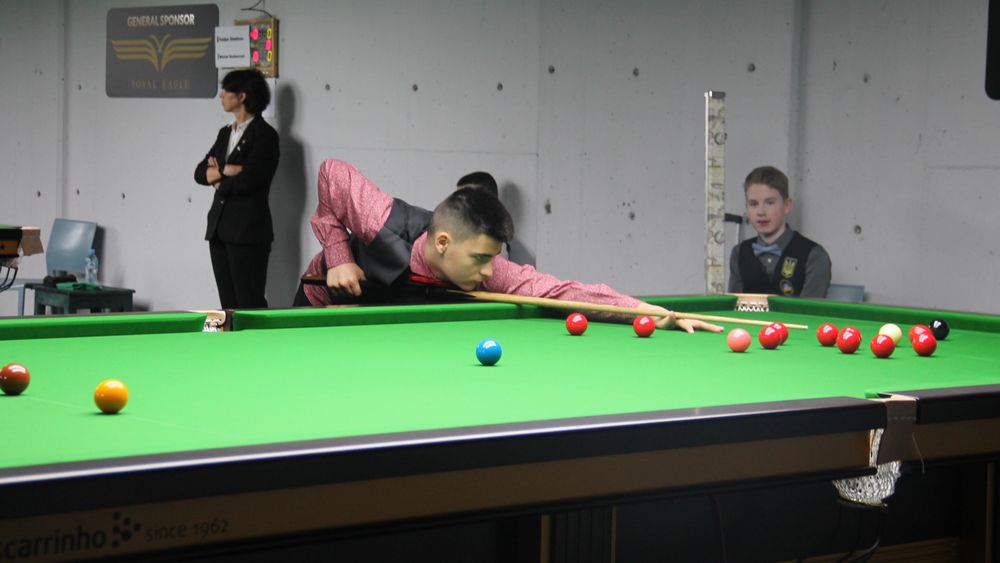 The 2022 EBSA European Snooker Championship is already on the run at the 19 tables at the venue in Shengjin’s Delfin Resort this Tuesday morning.

A total of 66 players are already in action to try to qualify for the knock-out stage of the competition in all the eight groups with all round-robin stage matches to be played in this same day.

Belgian’s reigning U21 European Champion Ben Mertens and Ukraine’s Anton Kazakov are already showing their skills to the fans all around Europe and the World in best of 5 frames matches.

At least the top two standings in each group will go through to the next stage in, but also the third place might also allow the ‘visa’ for the knock-out stages. Frame difference settles the standings.

Not only the Albanian snooker fans can get all the action attending the sessions for free at the hotel’s venue.

Thanks to the livestream live broadcast from the tables and the matches until the end of the 13 days 2022 EBSA European Snooker Championships and all its nine events, running until June 19th, all the fans around the world can follow this huge nation’s gathering and continental’s sport celebration.