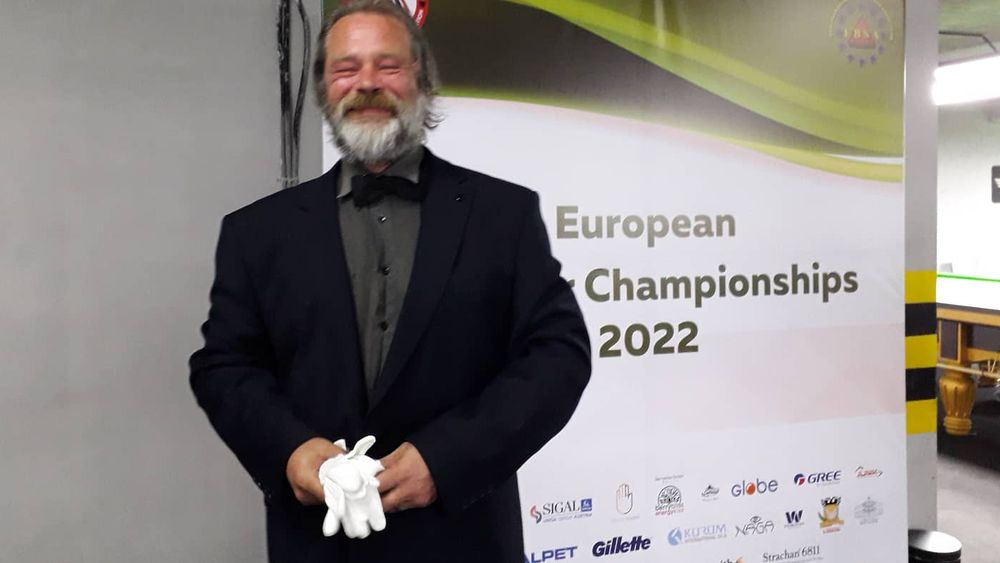 It’s a classic with so many players and referees flying to the hometowns of the EBSA European Championships or simply travelling by plane around the world: the lost luggage bad luck this time hit Czech Republic’s referee Karel Salavec and Portuguese player Miguel Ruivo on their way to Shengjin.

The 47 years old Class 2 czech referee only in the middle of this Tuesday’s afternoon were, and only thanks to the efforts of the Tournament Office, EBSA and the Albania Snooker Federation, but also from somebody else’s borrowed clothing, to be in his first match.

But Karel never lost his hope neither the smile during the long one day waiting that he still does not know when it’s going to end: his luggage is still lost and did not arrive to Shengjin’s Delfin Resort, home of the 2022 EBSA European Snooker Championships.

It’s a classic, but bad luck never comes alone only for one. A nightmare and still no sign of his cue also hit the Portuguese player Miguel Ruivo, who’s cue was also lost in luggage in the trip from Portugal until Albania.

Ruivo will play the U21 event and already had to play two U18 Group H round-robin matches this Tuesday with a ‘last hour saving cue’ the Albanese Snooker Federation managed to get in a lone for him to play.

But the outcome could never be the same for the youngster, who has already lost do Latvia’s Filips Kalnin 0-3 and to Scottish John Borwick 1-3.

Ruivo has lost all his chances in the U18 event to go through to the knock-out stages already. However, Miguel Ruivo will has to face this Tuesday Ukraine’s Heorhii Petrunko, in his third and last match of the round-robin stage at the first of the two events he’s playing at the 2022 EBSA European Snooker Championships, hoping for his cue case to be found and delivered in time and perfect conditions to him.